The final results of the current program, which is being undertaken at the Napié Project in Côte d’Ivoire, comes just days after Mako lodged two applications for exploration permits with the Ministry of Mines in Cote d’Ivoire that would more than double the company’s footprint in the region to 520 square kilometres.

The connection with Perseus goes deeper.

Mako is earning up to a 75% interest in the Napié Project under a farm-in and joint venture agreement with Occidental Gold SARL, a subsidiary of Perseus. Mako currently holds a 51% interest in the permit and is the operator of the project. 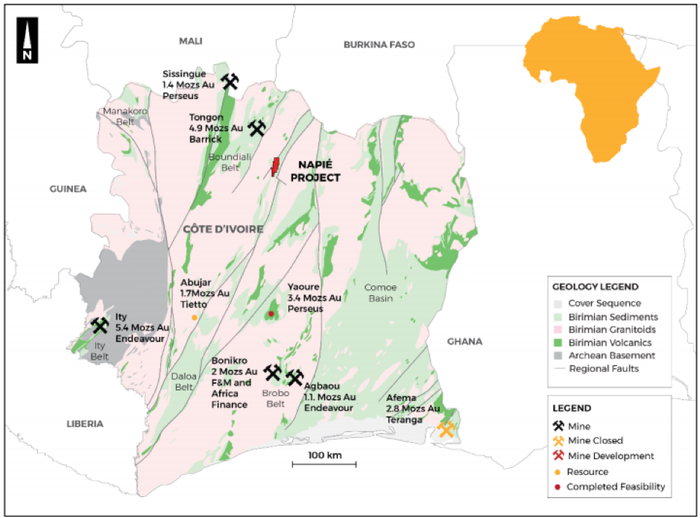 The majority of today’s results were received from the remaining eight holes of the Tchaga Prospect. The results show narrow gold intercepts and display a best individual result of 1m assays up to 7.55g/t Au (NARC095).

Select results from the July campaign can be seen below. 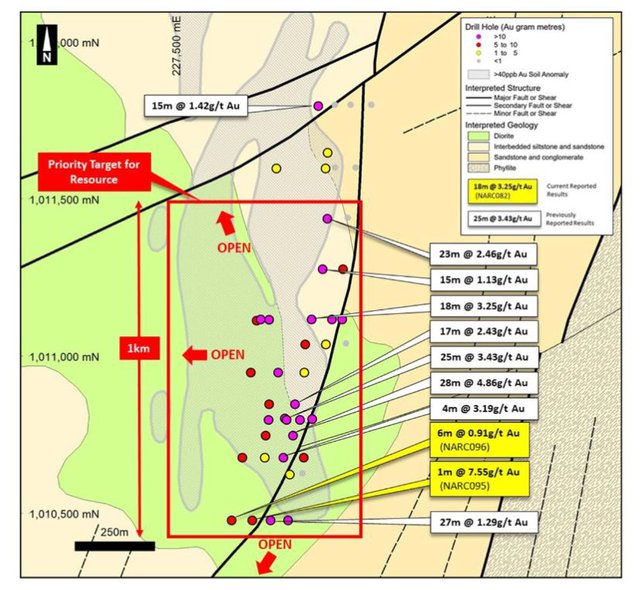 During the July drilling campaign, Mako extended the gold mineralised zone to 1km strike length on the Tchaga Prospect. The wide and high-grade gold intercepts received from drilling to date have clearly identified an area which the company will focus on in its endeavour to outline a JORC compliant gold resource with further drilling.

The final three assays were delivered from RC drill holes along one drill fence between the Tchaga and Gogbala prospects.

The results suggest that this area could be a target for future exploration and confirm that the shear zone hosts gold mineralisation two kilometres southwest of the Tchaga Prospect.

Here are the results in full: 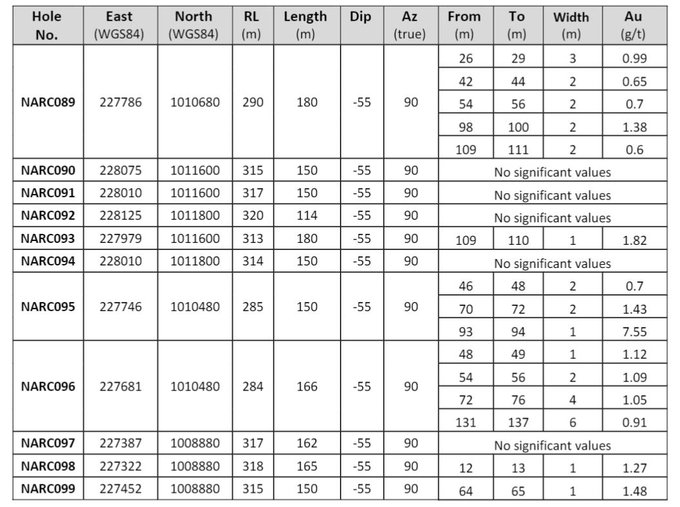 Mako will now turn its attention to a follow up drill program to be conducted after the wet season. Drilling will begin circa November 2019, with several targets already identified. The company’s focus will be on the Tchaga Prospect, particularly a 1km strike zone as seen below: 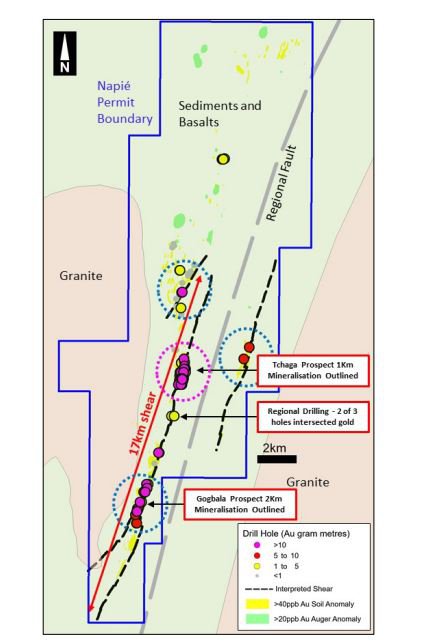 The next drill program will focus on infill drilling between sections as well as extending the strike-length and width of mineralisation in the directions marked as “Open”.

“We are thrilled to have outlined 1km of strike length of gold mineralisation in our latest drilling campaign,” Mako Managing Director Peter Ledwidge said.