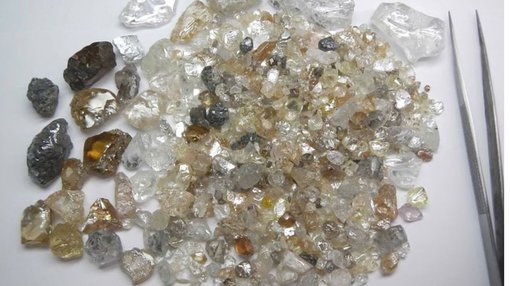 Lucapa Diamond Company (ASX:LOM) has sold a parcel of diamonds from its Mining Block 8 project at Lulo, Angola for an average price of $3132 per carat – above the global sales average of just $US120 per carat ($A164), according to LOM.

The small cap diamond darling told its investors today that it had managed to sell a parcel of diamonds mined from Mining Block 8 for about $5.1 million in total, bringing total sales from the project up to $15.8 million.

LOM told investors the sale demonstrated the ability to generate cashflow at the early stage of the project, and flagged a possible two further sales this year.

“The premium average prices we are achieving for our diamonds significantly enhances the value and planned returns of every cubic metre of alluvial gravel we mine at Lulo,” LOM chief executive Stephen Wetherall said.

“We are continuing to recover large special diamonds from Mining Block 8 and expect to conclude one or possibly two more diamond sales in 2015.”

The story so far

Earlier this month LOM told investors that it had identified kimberlite next to its main project.

Kimberlite is an igneous rock which is known for containing diamonds, and the fact that it’s right next door to its existing diamond block filled LOM with confidence.

“This makes L259 [the kimberlite] a compelling target as we close in on our major goal at Lulo, which is to find the primary kimberlite source or sources of the exceptional alluvial diamonds we are recovering on a daily basis,” Wetherall said at the time.

“The area we have recovered kimberlite from in our ongoing pitting program also suggests this to be a significantly sized kimberlite.”

So far, LOM has recovered 31 ‘specials’ from the block following the start of mining on August 10 this year.

It said it would now step up pitting and exploration on the kimberlite target, and has been trying to source a rig to conduct early stage delineation drilling.