Noombenberry is located to the east-southeast of Merredin, Western Australia and drilling will continue up to 20 December 2020.

LRS is effectively drill testing one of Australia’s few known occurrences of ultra-high-grade halloysite – a naturally occurring nanotube – and is looking to emulate Andromeda Metals (ASX: ADN) recent performance, a stock that has delivered a 700%+ return since September 2020.

Andromeda is developing one of the world’s largest known high purity halloysite-kaolin reserves and resources in South Australia.

Read: CATALYST ALERT: LRS to Drill for Halloysite, Hoping to Emulate Some of ADN’s 700% Run

LRS Executive Director Chris Gale commented on the commencement of drilling, “We are all very excited to have our maiden air-core drilling campaign underway at Noombenberry, where we are testing the extent of our known high-quality kaolinite-halloysite occurrence.

Kaolinitic clays and halloysite were identified in previous sampling, where results confirmed up to 38.9% kaolinite and 15% halloysite by weight in the 45 – 180um size fraction.

Four sub-outcrop samples of this bright-white material have now been collected from two specific sites, and submitted for detailed test work along with the composite samples from the air-core drilling. 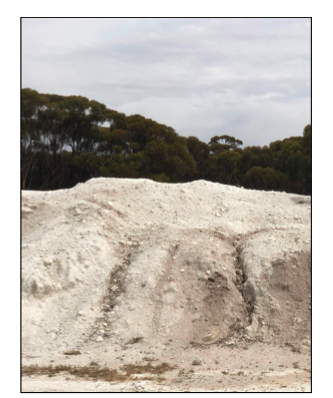 Approximately 2,500m – 3,000m of shallow air-core drilling is expected to confirm the extents of a known Kaolinite - Halloysite occurrence.

The initial phase of drilling will be completed in a regular 400m x 400m grid pattern (as seen below), with a second phase of off-set infill drilling to a nominal 200m x 200m pattern focusing on thicker zones of kaolinite development to be completed should time permit.

Any unfinished areas of infill drilling will be completed early in 2021. 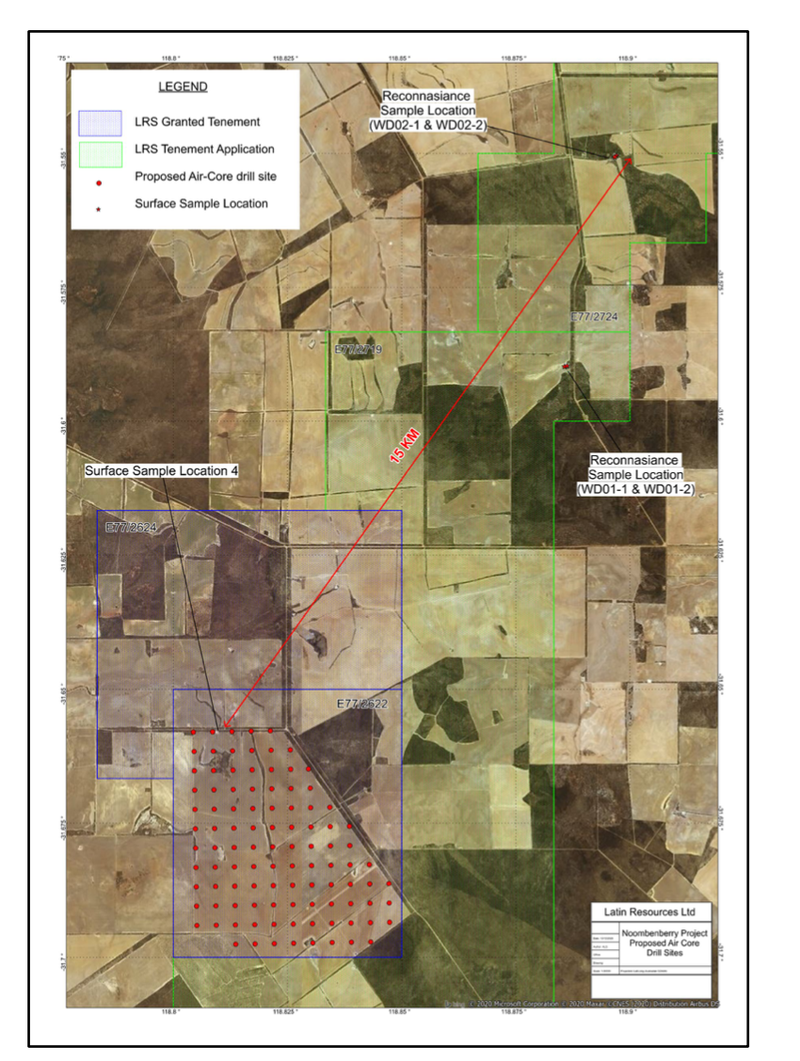 “We will continue to drill right up to 20 December, infilling our drill pattern where we see good kaolin intersections in the logging,” Gale said.

LRS is fully funded to advance the Noombenberry Project at a time where there is strong and broad global demand for high-quality kaolin products.

Noombenberry also has the added benefit of sub-cropping high-quality material, which will have a significant positive impact on any future project economics, if sufficient material to support development is defined.

LRS has additional capacity within the existing approvals to extend the drilling campaign as required.