Ahead of schedule, Latin Resources Limited (ASX:LRS) has commenced the next phase of aircore drilling at its 100% owned Noombenberry Kaolin-Halloysite Project.

The aircore drilling is adjacent to the Cloud Nine Kaolin-Halloysite Deposit, where the Company has recently reported a maiden Mineral Resource estimate.

The planned drilling has been designed to test for kaolinized granitic material for a further 4.5km to the north of the Cloud Nine deposit, within the Companies 100% owned granted tenement. 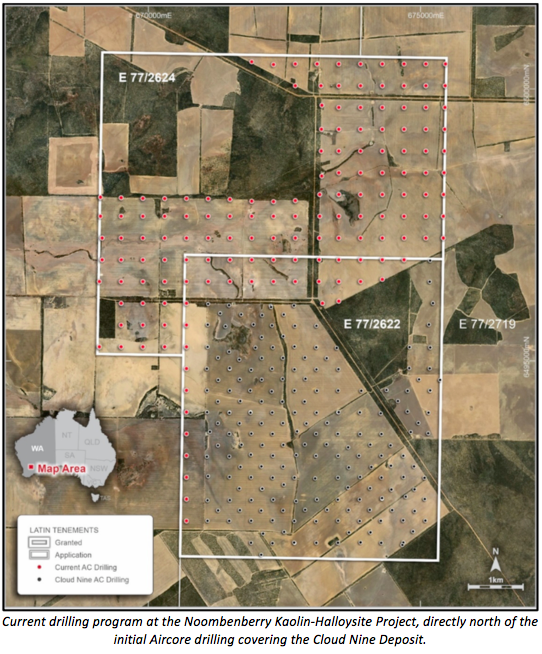 Potential exists for the kaolin-halloysite material to extend both north and south of Cloud Nine for up to 100km covered by the Company’s extensive regional tenement package. 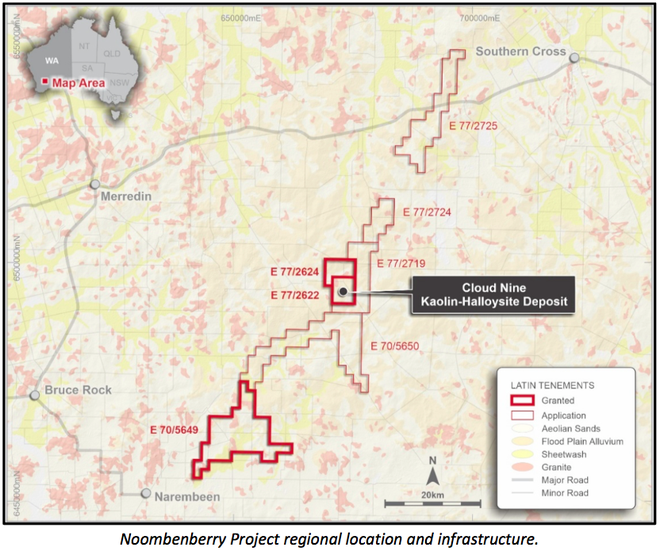 Drilling will initially comprise an estimated 3,700m of aircore drilling on a 400 x 400 metre grid which will dovetail into previously completed drilling, covering an area roughly equivalent in size to the globally significant Cloud Nine deposit.

Upon completion of the initial 400 metre spaced drilling, further drilling is planned within the Cloud Nine Deposit with the aim of increasing confidence in the existing inferred resource in select areas to enable a JORC Indicated or Measured classification.

It is expected that this drilling campaign will be completed in early July 2021, followed immediately by the 2nd phase infill drilling, with all composite samples to be dispatched to various specialised laboratories in South Australia for detailed analysis.

Latin Resources Exploration Manager, Tony Greenaway commented: “With the drilling rig back out on site, we are looking forward to the potential of significantly expanding our Cloud Nine Halloysite-Kaolin Deposit.

We are testing a new area that is equal in size to the footprint of the existing Cloud Nine resource, so there is significant potential for resource growth.”