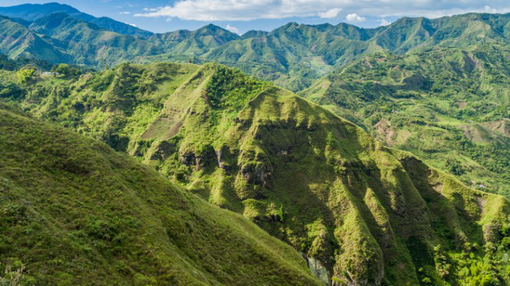 Los Cerros Limited (ASX:LCL) has provided details regarding a new, developing porphyry target within the 100% owned Quinchia Gold Project in Colombia, a cluster of porphyry targets surrounding the Miraflores Gold Deposit that includes the Tesorito surface porphyry and the porphyry targets at Chuscal.

Much of Los Cerros’ attention has understandably been on the Tesorito and Chuscal areas, but management has also been running a prospect generation program with a view to identifying early-stage targets to add to the existing robust prospect pipeline as shown below.

However, Ceibal has emerged as an early-stage prospect, generating significant momentum to warrant its escalation as a new 2021 drill target.

Ceibal is a substantial 800 metre x 600 metre gold, copper and molybdenum near-circular surface soil and rock chip geochemistry anomaly on the shoulder of a geophysics magnetic anomaly, one kilometre south and south-west of Miraflores and Tesorito respectively.

Its proximity to those two key areas can be seen on the map featured below, and management goes on to outline the Ceibal area’s consistencies with other high profile regions in terms of geological characteristics. 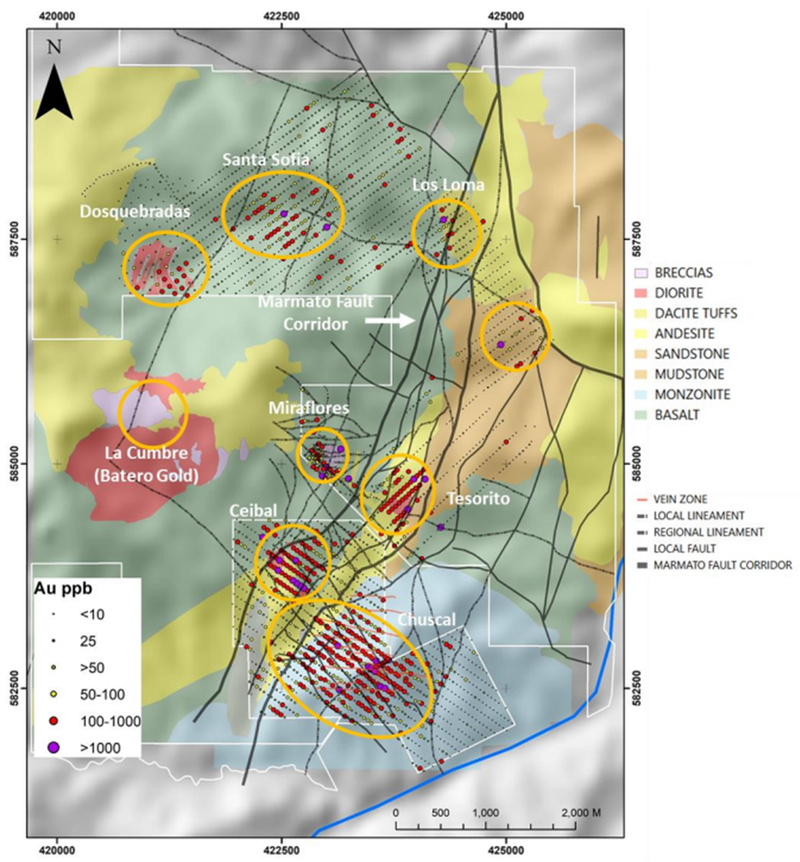 More specifically, the Ceibal surface geochemical anomaly is broadly comparable in size and tenor to Tesorito, and like Tesorito, Ceibal is located within the Marmato Fault Corridor.

A field program launched last year logged outcrops and float of andesites and diorites similar to those encountered at Tesorito.

Rock chips have reported very high values for porphyry pathfinders such as molybdenum and copper including one sample of 2.95g/t gold, 776ppm copper and 273ppm molybdenum.

Trenching across the anomalous zone is underway with results of the channel samples from the first line reporting 75 metres at 1.2 g/t gold and 25 metres at 1.2g/t gold.

Most discoveries, and almost all major, multi-million ounce gold discoveries of the mid-Cauca porphyry belt of Colombia, have links to regional north-south trending faults.

These are deep, major tectonic faults running the length of South America and caused by the ocean plates colliding with continental South America.

Tesorito, Miraflores, Chuscal and Ceibal are all within, or very close to, the Marmato Fault Corridor, with one such fault set extending north from Quinchia to the 4 million ounce Marmato Gold Mine.

As can be seen on the map we featured earlier, north-west to north-north-west secondary faults cross each of the company’s zones of interest at Quinchia including Tesorito, Chuscal and Ceibal and also targets further north.