Los Cerros Limited (ASX:LCL) has announced the first drill results from its new Ceibal porphyry target, with gold mineralisation reported along the entire core-lengths from the first two drill holes.

The company’s new porphyry target is located less than 1km from the Tesorito South porphyry discovery, both of which are part of the company’s 100% owned Quinchia Project in Risaralda – Colombia. 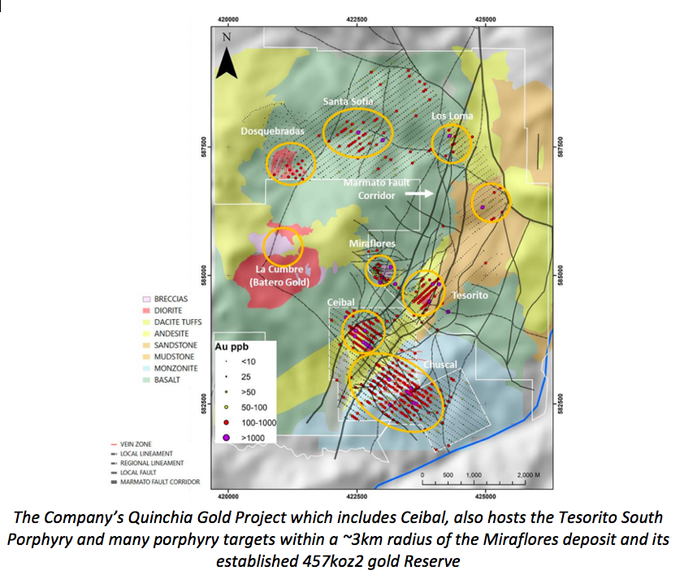 The assays from both holes have validated Ceibal as a promising porphyry target with elevated gold and porphyry signature pathfinders over the entire core lengths of CEDDH01 and CEDDH02 and provides further evidence of the Marmato Fault Corridor being a highly prospective region for the emplacement of significant gold porphyry systems. 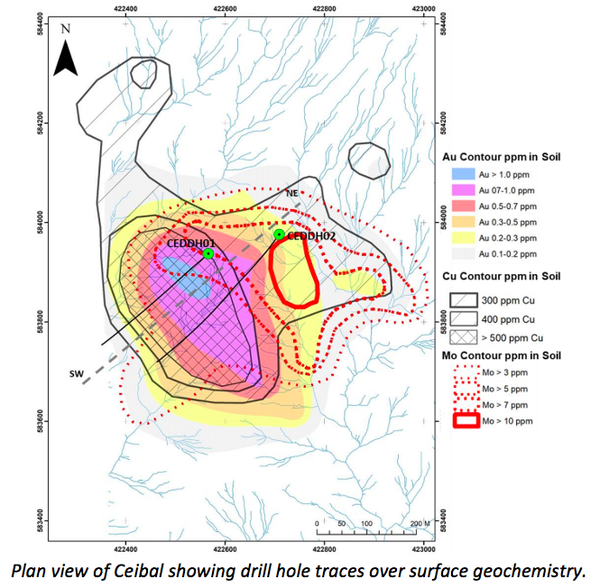 Los Cerros Managing Director, Jason Stirbinskis commented, “This is a very encouraging and informative start to drilling a new target area which, until early this year, was a nameless site of a few anomalous surface geochemical samples in our extensive early-stage, project generation portfolio.

"Because the entire length of both Ceibal holes are mineralised, and rich with porphyry signatures, we believe the extensive surface geochemistry anomalism, like the comparable Tesorito surface geochemical anomaly, has a causative porphyry as its origin.” 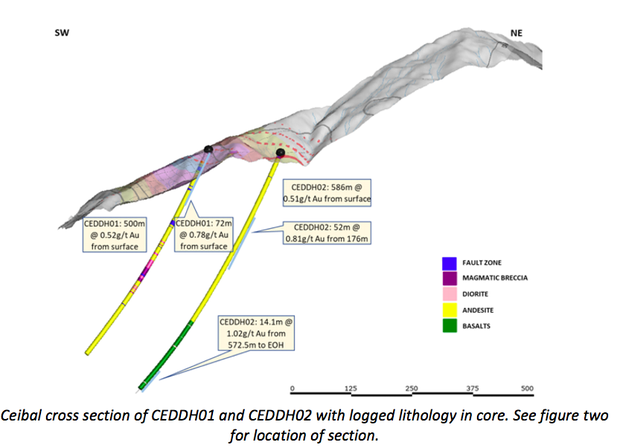 The first drill hole at Ceibal (CEDDH01) saw porphyry style veining and alteration across all units for the length of the drill core.

Gold assays reported 500m @ 0.52g/t Au from surface, with higher gold grade intercepts tending to be associated with shear/breccia zone contacts and include:

The CEDDH02 drill pad was placed 100+m northeast of CEDDH01, further from the centre of soil geochemistry gold – copper anomalism.

The first 400m of core consists of porphyry suite andesites, similar to the unit logged in CEDDH01.

Porphyry style veining and alteration is visible across all units, including the country rock basalts, for the entire length of the drill core which delivered 586m @ 0.51g/t Au from surface including:

Overall, these results are broadly comparable with the early progress of the Tesorito South progress, and emphasises Marmato Fault Corridor as a highly prospective region for the emplacement of significant gold porphyry systems.