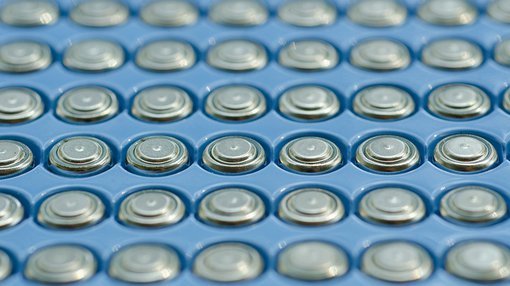 Lithium Australia NL (ASX: LIT) has entered into a proposed acquisition agreement to purchase a minimum 75% stake in Brisbane based battery cathode developer Very Small Particle Company (VSPC), a research and developer of some of the world’s most innovative and respected new era cathode materials for lithium-ion batteries.

Under the terms of the proposed share based acquisition, LIT would acquire up to 100 per cent of the company with a minimum acceptance requirement of 75 per cent.

Not only would the acquisition tap into an additional market segment and provide another source of revenue to LIT’s business, it would also include a decommissioned pilot plant in Brisbane designed to produce complex metal oxides/phosphates for cathode production.

Interestingly, this announcement has coincided with the release of Galaxy Resources (ASX: GXY) half yearly report, a prominent lithium producer.

Similar to LIT, its shares have retraced significantly since the start of the year, but yesterday’s result triggered a rally of nearly 10 per cent.

It should be noted that historical performance and share trading patterns should not be used as the basis for an investment as they may or may not be replicated. Those considering investing should seek independent financial advice.

The VSPC acquisition is highly complementary to LIT’s broader-based lithium materials processing technology and emerging production operations, given it would provide the company with ‘full-circle’ capability to deliver source material into the global lithium-ion battery supply chain.

As well as having potential greenfield and brownfield production assets, via its flagship Sileach hydrometallurgical processing technology, LIT is capable of digesting any silicate material. The VSPC acquisition would provide LIT with access to both fresh and waste ore with recycling entry points into energy metals and cathode supply for global battery markets. 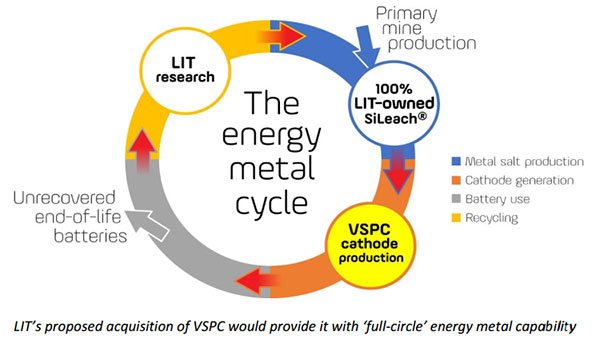 Taking the procedure a step further, the infrastructure that would be at LIT’s disposal under the proposed acquisition agreement would give the company the ability to produce existing and newly developed cathode material.

Recycling was the missing link in global lithium supply chain

Part of management’s strategy has been to enter the recycled lithium-ion battery market segment in order to extract energy metals that include lithium and cobalt.

VSPC is instrumental in achieving this goal with Managing Director Adrian Griffin saying, “Recycling closes the loop to create a circular energy economy, addressing a ‘missing link’ which LIT will be able to address through the reintroduction of recovered metals into the global lithium supply chain”.

Griffin went on to say, “The revolutionary cathode technology developed by VSPC provides that ‘missing link’, and the proposed acquisition would provide LIT with the opportunity to participate in the entire life-cycle of energy metals, thereby positioning the company as a leader in the field of not just portable, but also sustainable power”.