Shares in Lithium Australia (ASX:LIT) surged more than 40% under record trading volumes on Friday after the company informed the market that it was ready to commence drilling at the Horseshoe Pegmatite Prospect. This is part of LIT’s Ravensthorpe lithium project which is situated 500 kilometres south-east of Perth.

In terms of its location, it is arguably of more significance that it is only 18 kilometres from Galaxy Resources’ (ASX: GXY) Mt Cattlin lithium mine. It is possible that positive news also released by GXY last week provided additional momentum for LIT’s share price.

With an 800 metre by 800 metre flat lying footprint containing both lepidolite and spodumene, the Horseshoe Pegmatite shows strong geological similarities to mineralisation at Mt Cattlin. 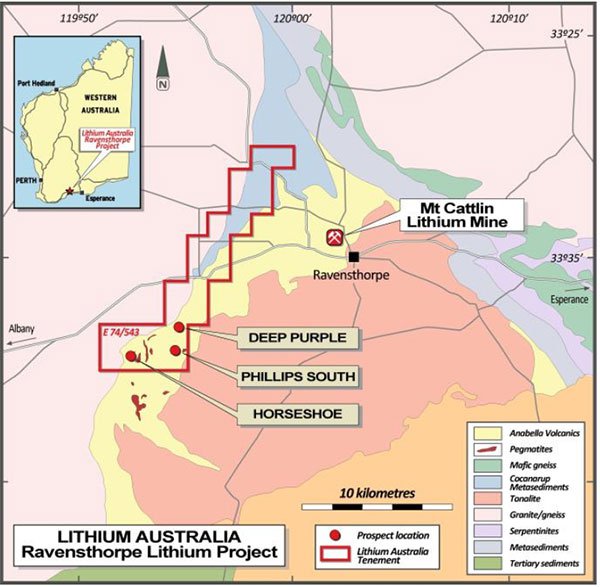 After a weak share price performance in the first half of calendar year 2017, GXY started the year on a strong note with its share price increasing from $1.65 as at June 30 to close the week at $2.10 last Friday, representing an increase of 27%.

Again share trading performance should not be used as the basis for an investment as it does fluctuate and investors should approach any investment decision with caution.

GXY’s price increase made it the best performing ASX 200 stock for the first week of fiscal 2018, and interestingly there was a strong performance from another specialty metals play in emerging graphite producer, Syrah Resources (ASX: SYR) which delivered a week on week gain of 18%.

While GXY’s strong kick was possibly assisted by the absence of tax loss selling that occurred in June, there was also strong news on the operational front as recoveries of 61% from production of circa 14,000 dmt were achieved, well in excess of initial targets of between 50% and 55%.

This augurs well for a company such as LIT should the mineralisation at its Horseshoe Pegmatite be also deemed to offer robust percentage recoveries when converted to lithium concentrate.