Lithium Australia NL (ASX:LIT) today announced that it has acquired the Moolyella Lithium-Tin-Tantalum Project (EL 45/4766) in the Pilbara region of WA, about 1300km north-east of Perth.

The exploration licence subject of the Moolyella Project was granted on 4 July 2017 and lies approximately 18 kilometres east-southeast of the township of Marble Bar and 160 kilometres southeast of Port Hedland. 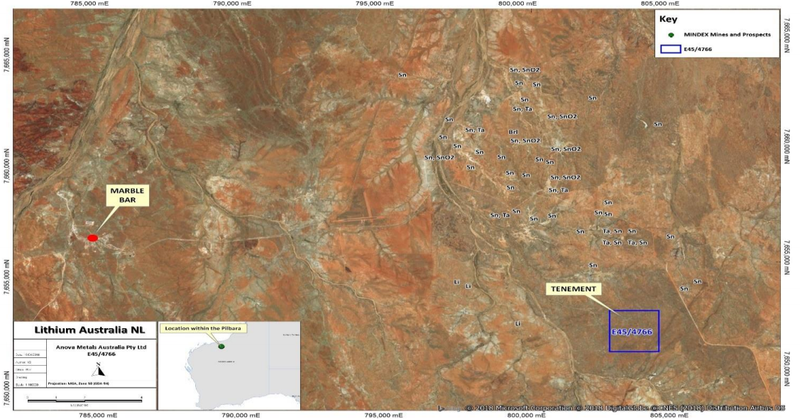 The project covers targets within the Fig Tree Gneiss, which is part of the Tambina Supersuite. Outcropping pegmatites occur as swarms with individual dykes being up to 15m thick and traceable for up to 700m along strike. Locally these pegmatites contain abundant lithium micas often associated with alluvial deposits of tin and tantalum.

LIT Managing Director, Adrian Griffin said, “The abundance of fertile granites and associated pegmatites, in the Pilbara, has seen the region emerge as the greatest lithium province in the world. There remains great potential for further discoveries and Moolyella has all the right ingredients.”