Shares in Kingston Resources Limited (ASX:KSN) opened 10% higher on Wednesday morning after the company announced that it had started a 5000 metre reverse circulation drilling program at its 75% owned Livingstone Gold Project, 140 kilometres north-west of Meekatharra in the Bryah Basin of Western Australia.

Between March and July the company's share price increased four-fold after delivering exceptional news in relation to its 3.2 million ounce Misima Gold Project in PNG.

However, Livingstone is by no means the poor relation. Historical mining demonstrates the high-grade of mineralisation in the area.

The RC drilling program is ideally timed with the Australian dollar gold price hovering in the vicinity of $2600 per ounce.

The program has been designed using knowledge gained from the structural geological review conducted over the wider Livingstone Project, including Kingsley, in late 2019. 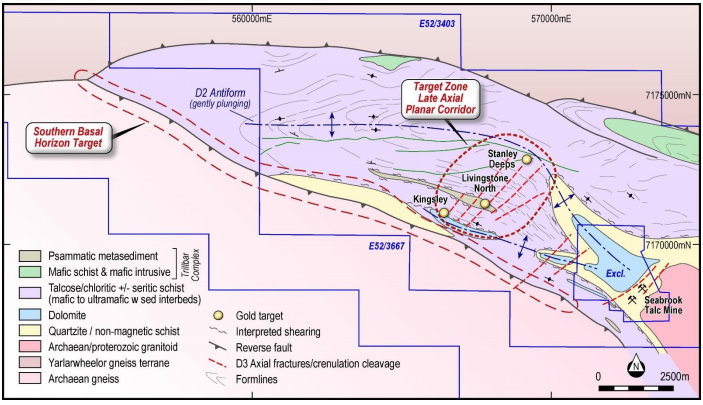 The aim of the program is to define shallow oxide mineralisation that will contribute towards an initial JORC compliant Mineral Resource Estimate for the Kingsley Prospect.

Several holes have also been designed to further test potential depth extensions to the known mineralisation.

Commenting on the drilling program at Kingsley, Kingston managing director Andrew Corbett said, ‘’The drilling program underway at Kingsley will be key to unlocking value at the broader Livingstone Project as we move towards defining a resource at this prospect, adding to the existing 49,000 ounce (JORC 2004) Resource at Homestead."

Kingston has also been successful in securing state government co-funding for a further 1000 metres of deep RC drilling at the Stanley Deeps prospect.

This drilling will be undertaken following completion of the resource definition program at Kingsley.

Kingston expects to report initial results from the Kingsley drilling later in August.

The scheduled exploration program at Livingstone will run concurrently with ongoing mining studies at the flagship Misima Project where pre-feasibility study (PFS) work continues to advance.