Drilling is now underway at Kingston Resource’s (ASX:KSN) 75% owned Livingstone Gold Project, which has a prospective strike length of more than 30 kilometres.

Kingston is hunting for high grade gold at Livingstone, with this current drilling campaign also designed to capitalise on the current trend in gold price.

Kingston has commenced a 2500 metre RC drilling program at its WA Project. The program is designed to follow up on air core drilling undertaken in 2018, which defined mineralisation over a strike length of more than 800m at the Kingsley prospect. 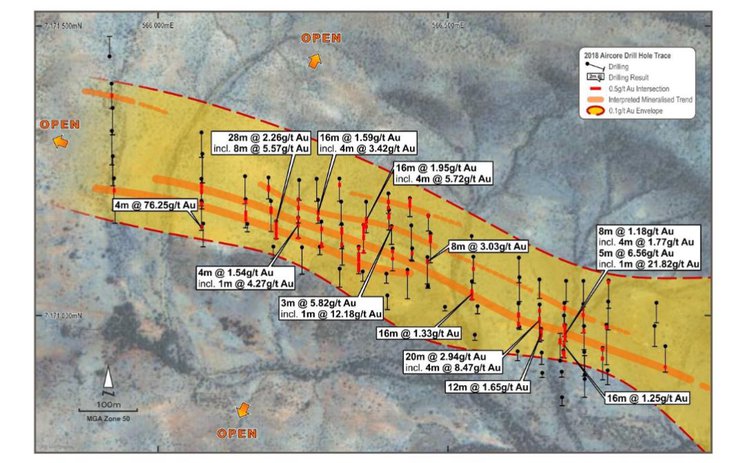 This new round of drilling will provide Kingston with JORC-compliant data within the existing 800m strike extent, as well as testing for new mineralisation at depth.

The results will contribute to a planned maiden Mineral Resource estimate to be undertaken later in the year.

“This initial round of RC drilling at Kingsley will provide an important insight into the true depth extent of the known mineralisation at Kingsley, with the results to feed into a maiden Mineral Resource estimate later this year. First assay results from this drilling are expected to be reported in September, said Kingston Managing Director Andrew Corbett.

“This program at Livingstone will run concurrently with the multi-faceted exploration program that is ongoing at our flagship 2.8Moz Misima Gold Project in Papua New Guinea.”

Kingston already has a proven producer in its 2.8 million Misima Project and the company is hopeful it can bring it back to first stage production in the very near future.

Misima has a production history of over 3.7 million ounces.

As Trevor Hoey reported recently for Finfeed: “Such were the robust economics of the project that the mine only closed when the gold price fell below US$300 per ounce, about US$1000 per ounce below where the precious metal is currently trading. 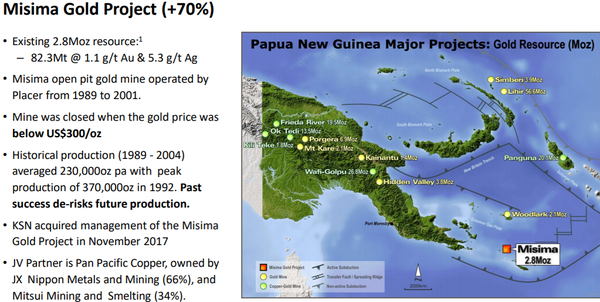 “After funding further exploration in the March quarter, Kingston’s stake in the project is expected to increase to 75% with the group’s joint venture partner Pan Pacific Copper owning the remaining 25%.”

The following table puts the size of the Misima resource into perspective relative to other major projects. 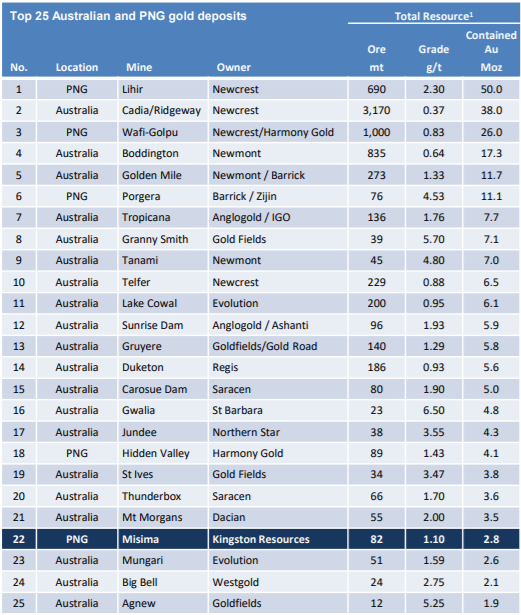 Livingstone provides a fine complement to Misima and we will report on results of the drilling program here as they come through.