Kou Sa estimate to get bigger?


Copper-gold player Geopacific Resources (ASX:GPR) thinks its resource may be bigger than previously hoped for thanks to the results of its latest drilling at its Kou Sa Cambodian project.

It told the market today that its scoping study would be completed in early 2016, but it could be boosted thanks to the drilling.

GPR has been busy drilling prospects 117 and 128 ahead of the resources estimate and scoping study for the project, but it now says a re-evaluation of previous drilling has allowed it to form a continuous zone of mineralisation.

More importantly, GPR said the infill drilling has allowed it to form the current holes and the previous drilling into one continuous zone rather than separate zones.

This means its resource declaration and scoping study may be a bit bigger than expected. However, the true extent of the prospect remains to be tested, according to GPR.

“All three of the zones identified are open at depth and in both directions along strike,” it told the market.

“Geophysics and geochemistry both indicate that there is potential for further repetitions of the current zones to the west and east.

“Results from recent drilling at Prospect 117 combined with new and re-interpreted geophysics has led to a re-evaluation of the nature of the mineralisation within the area.”

Meanwhile, it also confirmed that the main structure at Prospect 128 remains open, with further drilling to test the limits of expansion.

However, the immediate forward plan is to continue drilling at Prospect 160 before moving onto 120 and 190 in the coming months. It is currently in the process of mobilising a rig from Thailand which will allow it to drill deeper targets.

The various stages of prospects for GPR

Both prospects 117 and 190 are referred to as ‘advanced exploration’ opportunities, meaning there is potential for further exploration work down the track.

It is unclear at this stage how much the latest round of drilling will inform GPR’s resource estimate. 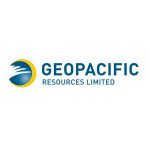