One of the most respected figures in the mining industry, Klaus Eckhof, has today joined Classic Minerals (ASX:CLZ) as a Corporate and Technical Advisor.

Eckhof will join Classic Minerals effective immediately and will be advising the company on its Forrestania Gold Project generally and on the Kat Gap Project in particular.

Mr. Eckhof has extensive international experience and will become an invaluable member of the CLZ team.

This is somewhat of a coup for Classic with CLZ chairman John Lester saying that he “was delighted that Klaus has accepted to join Classic Minerals as a trusted and capable advisor who brings a new and exciting vision to the Board and Management of Classic as Dean (CEO Dean Goodwin) progresses with extensional drilling at Kat Gap.

“We are privileged that Klaus with his integrity, dynamism and international network has agreed to guide, direct and enhance the vision of Classic Minerals Limited.” 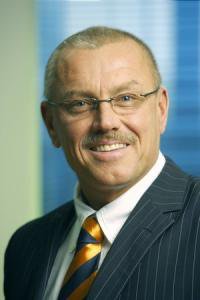 As a geologist with more than 25 years of experience, Mr Eckhof has developed mineral deposits throughout the globe.

In a long career, he has plied his expertise for Mount Edon Gold Mines Ltd as Business Development Manager. Mount Edon was acquired by Canadian mining company Teck for $158 million.

Spinifex Gold Ltd and Lafayette Mining Ltd were founded by Mr Eckhof in 1994. Both companies successfully delineated gold and base metal deposits.

Then in late 2003, Mr.Eckhof famously founded Moto Goldmines which acquired the Moto Gold Project in the Democratic Republic of the Congo (DRC).

More than 20million ounces of gold were delineated and a feasibility study delivered within four years.

Eckhof grew the company from 4 cents to $4 per share — a 9,900% return and given its success, Moto Goldmines attracted the attention of Randgold Resources, who poured first gold in September 2013. Randgold conducted a $502 million takeover of Moto on the back of the 17Moz Kibali gold deposit.

Not one to rest on his laurels, Mr Eckhof was also formerly Executive Chairman of AVZ Minerals Ltd. (ASX: AVZ), a mineral exploration company focused on developing the Manono Project, located in the south of the DRC.

The Manono Project has the largest JORC Measured and Indicated Lithium hard rock resource globally and Mr Eckhof was instrumental in identifying the Bisie Tin deposit located in the DRC, one of the largest and most significant tin deposits in the world.

CLZ should greatly benefit from Mr Eckhof’s expertise as he adds technical and international fund-raising clout.

Classic is hoping to expand its exploration programs at Forrestania generally and on the Kat Gap Project in particular, with Mr Eckhof responsible for marketing the company and its projects throughout North America and Europe.

Classic has agreed to issue performance rights to Mr Eckhof in lieu of any cash-based remuneration. Full remuneration details can be found intoday's ASX announcement.