The test work which was based on 16 ore samples collected from recent Reverse Circulation (RC) drilling at the Kingsley prospect delivered gold recoveries averaging 93.8%.

Importantly, there were robust recoveries across three types of gold mineralisation, and on this note, managing director Andrew Corbett said, “Achieving average gold recoveries of 93.8% from preliminary metallurgical test work is an outstanding result.

‘’Kingsley has the trifecta of high grades in oxide, transitional and primary mineralisation, with this first-pass metallurgical test work indicating that each of these ore types is amenable to conventional cyanide extraction methods.’’ 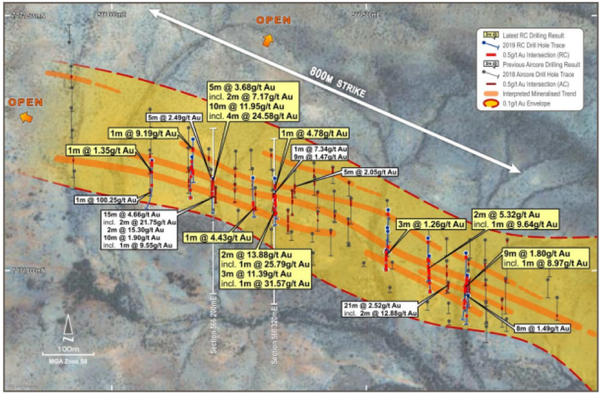 The samples were selected from 10 RC holes across the prospect area, with intervals selected aimed at providing varying grades, lithologies and weathering profiles.

The results from the Accelerated Cyanide Leach indicated that the oxide, transitional and primary gold mineralisation at the Kingsley prospect are amenable to conventional cyanide extraction methods.

A regional structural mapping and interpretation program conducted by Dr Greg Cameron over the western portion of the Livingstone Project area, including the Kingsley and Livingstone North prospects, is now nearing completion.

The work undertaken to date has already provided an enhanced understanding of this previously under-explored part of the Western Bryah Basin.

An 800 metre diamond drilling program is due to commence at Kingsley before the end of October, with rig mobilisation imminent.

This program is co-funded up to $75,000 through the Western Australian Government Exploration Incentive Scheme.

The purpose of the drilling is to enhance management’s understanding of the controls on the mineralisation at Kingsley and to facilitate further metallurgical test work.

It will also underpin the next round of RC drilling and contribute towards the estimation of a maiden JORC Mineral Resource Estimate.

With a potentially market moving maiden Mineral Resource Estimate on the horizon, Corbett said, ‘’Structural information on the orientation and controls on the mineralisation will help us more accurately target the next phase of RC drilling as we work towards the delivery of a maiden JORC compliant Mineral Resource.’’ 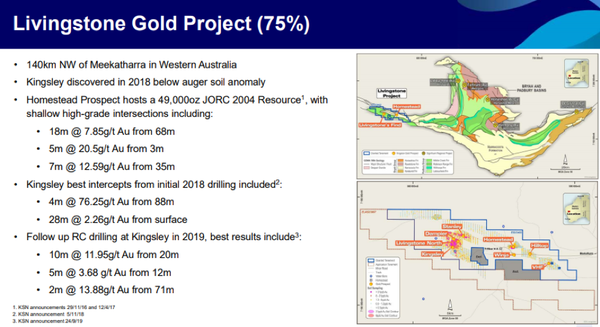 Running in tandem with these initiatives is an extensive exploration program at Kingston’s 2.8 million ounce Misima Gold Project in Papua and New Guinea.

Having had substantial drilling success across a number of exploration targets, positive news from the Livingstone Project, in particular a maiden Mineral Resource Estimate could deliver a significant share price rerating.

Kingston traded as high as 2.2 cents on Monday morning, representing an increase of nearly 40% since September.