This means that all five holes drilled by the company at the site have intersected the mineralised structures that confirm the excellent tenor and continuity of the resource in the East Ewatinona area. 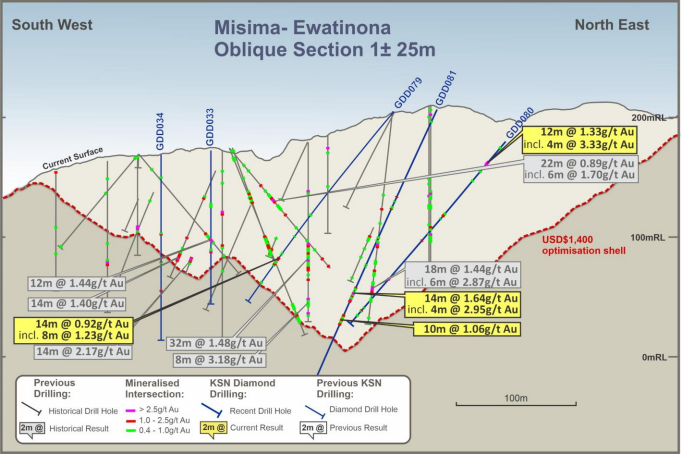 Assays are pending for several additional holes that tested the western extension of the resource.

As a backdrop, Misima was operated as a profitable open pit mine by Placer Pacific between 1989 and 2001, producing over 3.7 million ounces before it was closed when the gold price was below US$300.

Kingston is the first company that has had the opportunity to bring the project back into production, and there could be a better time to do it with the gold price approximately six times what it was when the mine was closed.

With the gold price now hovering in the vicinity of US$1750 per ounce, there is the prospect of developing a high margin operation that could be fast-tracked if management chooses to opt for a staged development.

Canaccord resource analyst Reg Spencer is upbeat about the company’s prospects, having identified it as a promising emerging gold play in December.

Results from the drilling program will contribute to an updated mineral resource ahead of the commencement of feasibility studies for the Misima Gold Project.