KBL Mining (ASX:KBL) has renewed its ‘Iron Duke’ project, and revealed additional exploration work is on the menu for the satellite deposit.

The copper-gold deposit comprising 494,000 tonnes at 1.5% copper and 0.8 grams per tonne gold is about 50km north east of KBL’s flagship Mineral Hill project.

KBL is eyeing up processing rock from the Iron Duke deposit through the existing upgraded production facility at Mineral Hill.

It was granted a three year extension on the Iron Duke license from the NSW government – meaning its tenements now cover about 330 sq.km.

The deposit itself is a steeply east dipping, mineralised envelope which is characterised by a quartz-sulphide stock work up to 15m wide and extending over 550m in strike.

KBL told shareholders, however, that exploration on the permit has solely focused on the deposit – but with the permit extension in the bag it said that it would now move to explore the southern extent of the permit.

It said that a trend on the southern edge of the permit has had no previous exploration, but there are historical workings on the site.

Based on the early stage of KBL’s entrance into the southern edge, investors looking at this stock for their portfolio should take a cautious approach to their investment decision and not base their decision solely on this development.

The workings extend over 2km, with historical record suggesting that there could just be an Iron Duke-like system of mineralisation on the cards. 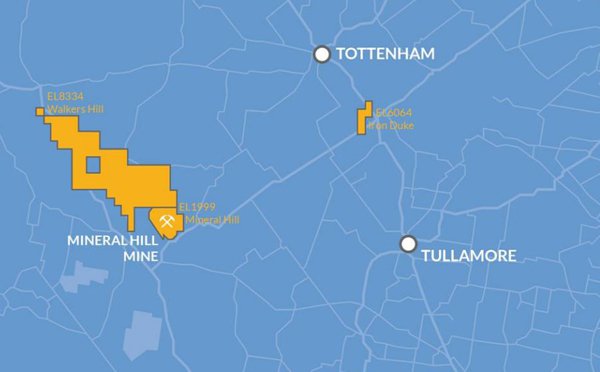 The Mineral Hill CIL is capable of generating saleable bullion from the treatment of float tails, re-treatment of gold tails and treatment of oxide ores.

By broadening its production profile, KBL has managed to create operational flexibility and reduce overall risk.

“This adaptability is crucial for continued growth and sustained production while also highlighting amenability to toll treatment opportunities”.