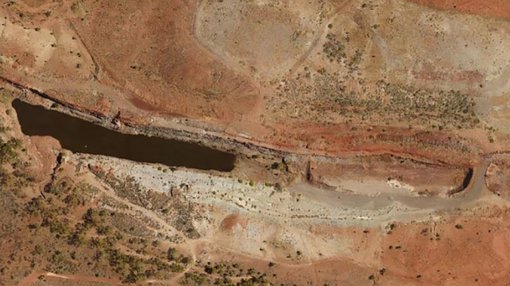 Kairos Minerals (ASX:KAI) this morning reported that it had intersected more impressive zones of wide, shallow gold mineralisation in its latest drill holes at its 100%-owned Mt York Project in the Pilbara region of WA. Results included a standout intercept of 11m at 6.97g/t gold, including 2m at 33.39g/t.

The recent drilling program has confirmed that the BIF-hosted gold system comprising the Breccia Hill-Main Hill deposits is considerably larger than previously indicated and extends over a strike length of at least 3.5 kilometres.

Drilling continues to extend the zone of BIF-hosted gold mineralisation within the previously untested area immediately east of the historical Main Hill-Breccia Hill open pits which account for around half of the existing 258,000oz Resource inventory at Mt York.

The significant new results include: 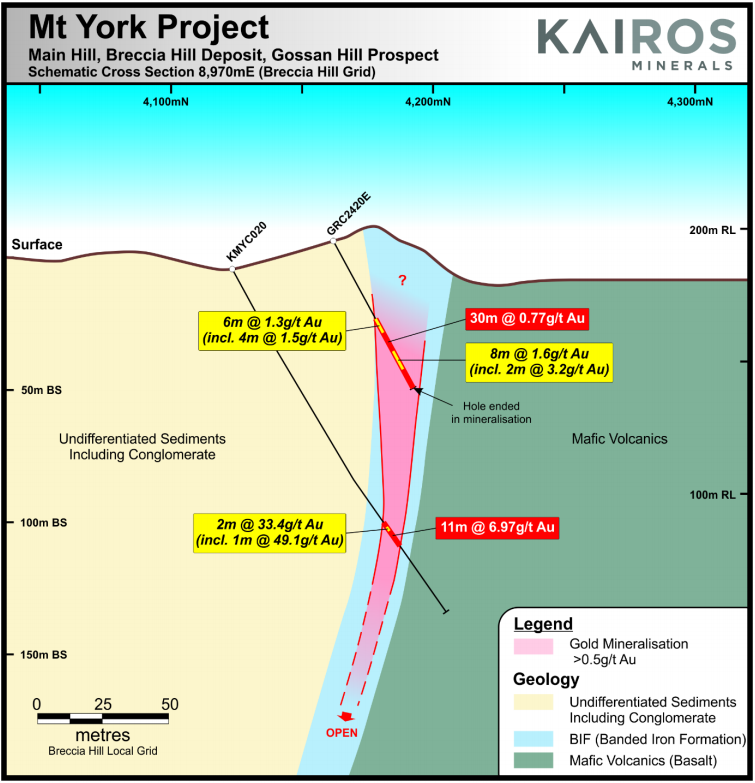 These results build upon and are consistent with the initial batch of results that KAI received from the first seven holes, as reported on 30 November.

Assays for eight holes remaining holes are expected to be received by Christmas.

“These latest results are really impressive and add further weight to the breakthrough discovery which we reported at Mt York last week. Assays for the next five holes include some standout thick intercepts of high-grade gold mineralisation, notably an 11m zone in hole KMYC020 averaging nearly 7g/t with internal grades of up to 49g/t. The new holes all match up extremely well with the first batch of results reported last week, confirming the continuity and predictability of mineralisation immediately east of the existing Breccia Hill resource towards Gossan Hill.”

“We’re achieving these fantastic results in an area where the aeromagnetic signature over the BIF is almost non-existent. That seems to reflect increased alteration intensity and could give us a targeting tool for testing further along strike. We know that the BIF is at least 3.5km long but it’s potentially twice that and is essentially unexplored beyond our latest drilling.

“With an existing Gold Resource inventory of a quarter of a million ounces, Mt York was already a significant asset for Kairos. As a result of the recent drilling, we have now identified a clear pathway to rapidly grow this Resource, initially by incorporating the outstanding results immediately along strike from Main Hill-Breccia Hill. Follow-up drilling along the BIF horizon at Mt York is now a priority for us next year, although we believe we already have sufficient data to recalculate the existing Resource in early 2018.”