Kairos Minerals (ASX:KAI) announced on Monday that it had intersected a significant new zone of high-grade gold mineralisation at its Roe Hills Project, located 120 kilometres east-south-east of Kalgoorlie in Western Australia’s Eastern Goldfields.

Significant high grade primary gold mineralisation has been intersected in maiden reconnaissance drilling at a newly identified prospect located only 350 metres from another prominent deposit.

Of course KAI is still in its early stages so investors should seek professional financial advice if considering this stock for their portfolio. 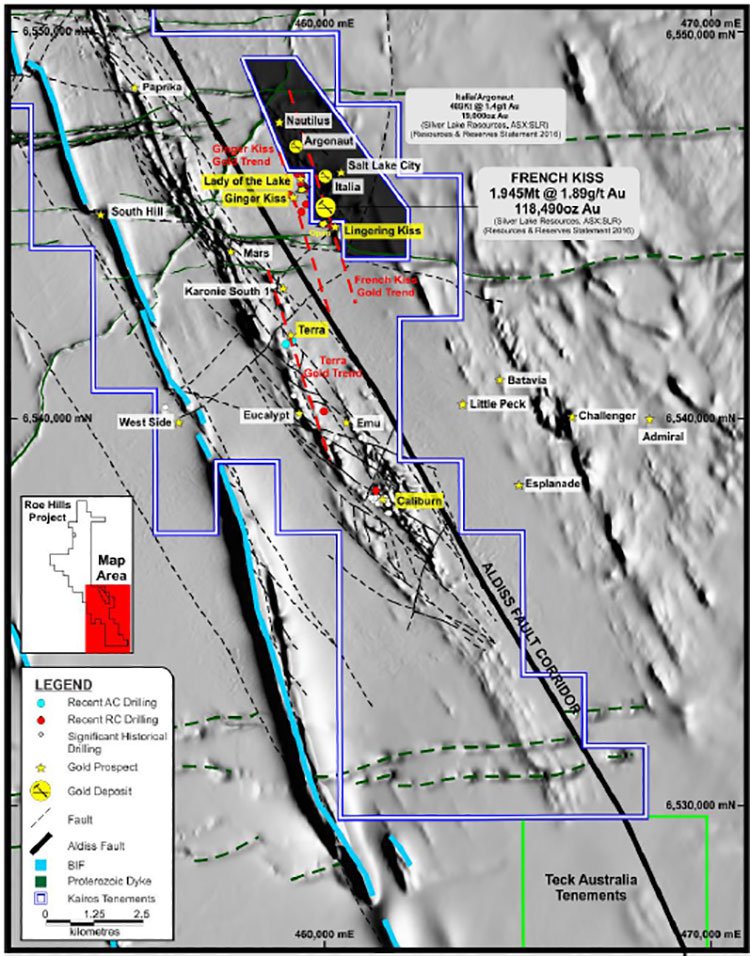 Assay results are pending for the balance of the recently completed 2800 metre gold focused drilling program at Roe Hills where a number of high priority gold targets have been investigated.

These latest results tend to demonstrate the extensive gold endowment within the project, which as well as being in close proximity to the French Kiss deposit, is also located just south of Breaker Resources’ (ASX: BRB) emerging Lake Roe/Bombora discovery. 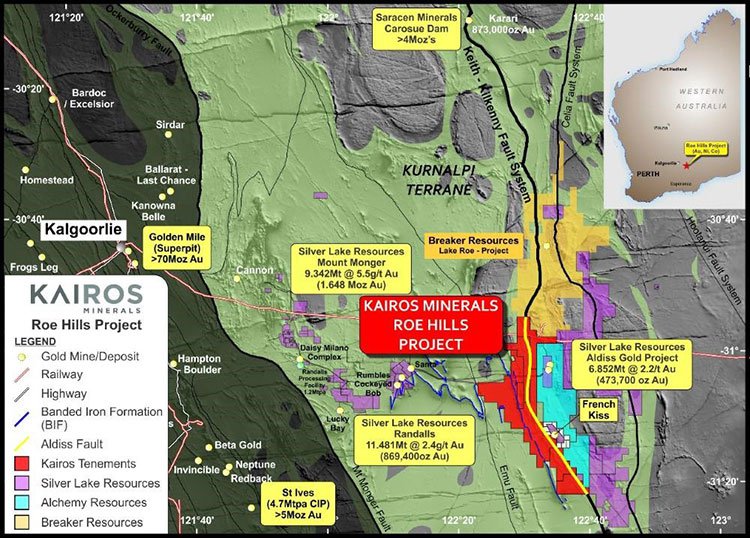 Hence, this can now be considered a highly prospective area, and Lingering Kiss represents an important new addition to the growing pipeline of strongly mineralised zones recently identified by KAI at Roe Hills, all of which offer excellent potential for the near term definition of significant gold resources.

Drill results speak for themselves

Given the broad lateral extent and quality of the mineralisation, which returned assays grading up to 43.34 grams per tonne gold, its proximity to the French Kiss Gold Deposit, the favourable geological setting and the fact that the mineralisation remains open in all directions, the result is a significant development at Roe Hills.

Commenting on these developments, KAI’s Managing Director, Joshua Wellisch said, “Coming up with strong primary mineralisation of significant grade over multiple stacked lodes is a very exciting development and provides an immediate focus for our team as a near-term resource development opportunity”.

Wellisch also highlighted the fact that the Roe Hills project has had little exploration activity despite having widespread mineral endowment. Given these results and the outstanding progress made by Breaker Resources in the same region, Wellisch is eagerly awaiting the balance of results which should assist in shaping the next phase of exploration.

On this note, he highlighted the fact that KAI controls a continuous 40 kilometre strike length of the same prospective package which hosts Breaker Resources’ discovery to the north, with the company now aiming to home in on areas that will provide the best chance of making a world-class discovery.

With news such as this in the pipeline, it would appear that KAI’s share price could be in for a sustained rerating as further assay results come to hand.