Results released today include the newly completed Indicated and Inferred Resources for Main Hill and Breccia Hill, resulting in the overall resource for the Mt York project increasing from 135,000 ounces to 258,000 ounces.

Not only is this a substantial increase in resource, but it comes only two months after the company announced its Indicated and Inferred Resource for Iron Stirrup and Old Faithful, demonstrating that management is moving quickly through the exploration stage, laying the foundation for the all-important studies which will potentially demonstrate the commercial viability of the project.

On this note it is also important to take into account the fact that a resource estimate for the Zakanaka deposit is still outstanding and this represents a high priority exploration target for the group.

The highly prospective nature of this territory has now been proven and the fact that all deposits remain open along strike and at depth within well-defined mineralised zones indicates there is the prospect for rapid resource expansion.

This is however, still an early stage play and caution with professional financial advice should be exercised when considering this stock for your portfolio.

Providing further for KAI confidence is the fact that there have been high grade historical intercepts below both the Main Hill and Breccia Hill boundaries, suggesting the prospect of delineating high-grade shoots within the broader mineralised envelope. 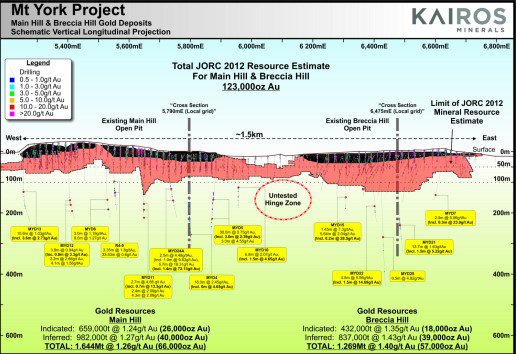 Taking all these factors into account, management is embarking on an aggressive drilling program at Mt York with the initial focus being on the Old Faithful and Iron Stirrup gold deposits.

From a broader perspective, management will be targeting depth and strike extensions and repetitions to the known gold mineralisation at the Old Faithful deposit, as well as investigating mineralisation in close proximity to the current base of the Iron Stirrup pit in order to assess the potential for near-term expansion opportunities.

In conjunction with these initiatives KAI will be testing depth and strike extensions that could represent future underground mining opportunities, as well as examining open pit potential to the north and south along strike.

While the doubling in resource in such a short period of time is significant in its own right, Managing Director Joshua Wellisch pointed to the potential upside in saying, “The known deposits cover roughly one third of a strongly mineralised 10 kilometre long horizon which offers outstanding potential for new discoveries”.

The other potential blue sky is reflected in recently completed soil sampling results which have outlined numerous highly anomalous gold and lithium-tantalum trends which will add to KAI’s growing list of high priority drill targets. 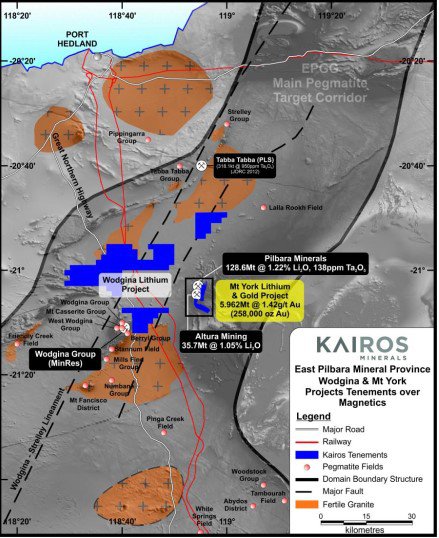 In particular, Wellisch referred to the soil survey which outlined strong lithium-caesium-tantalum anomalies and extending over at least 2 kilometres, providing compelling evidence for continuation of the Pilgangoora LCT Pegmatite corridor within the group’s southern tenements.

This leaves the company exposed to two of the best performing commodities over the last 12 months, and with regard to lithium, arguably the most important new age mineral in terms of the anticipated exponential growth in medium to long-term demand.