Following a recent review of historical data, Kairos Minerals (ASX: KAI) has informed the market that there is the potential for cobalt mineralisation at the Roe 1 prospect, as well as past intercepts from numerous prospects throughout the broader Roe Hills project area which is located 120 kilometres south-east of Kalgoorlie.

The identification of potentially significant cobalt mineralisation at Roe Hills adds a further dimension to the ongoing exploration of this emerging project area, which is also highly prospective for nickel-copper sulphide mineralisation.

Of course this is an early stage development for KAI, so investors should seek professional financial advice if looking to add this stock to their portfolio.

Commenting on this development, KAI’s Managing Director, Mister Joshua Wellisch said, “While still at a very early stage, our preliminary data review has identified a substantial near term opportunity for delineating significant cobalt mineralisation within the Roe Hills region, which we will continue to assess over the coming months”. 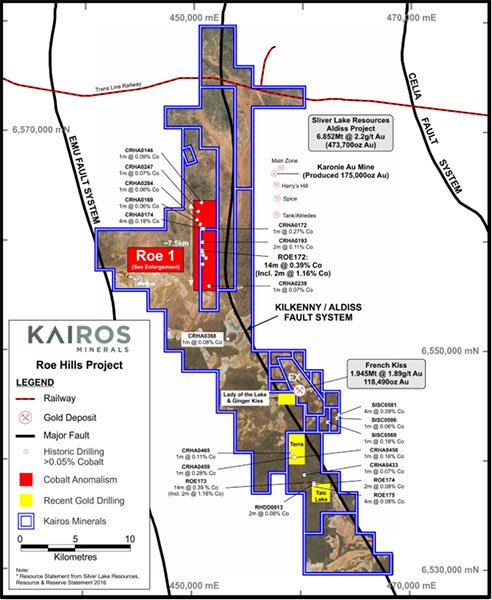 One of the most promising intercepts included 14 metres grading 0.39% cobalt including 2 metres at 1.16% from 20 metres.

Management said mineralisation extends over a strike length of at least 330 metres with a width of 150 metres and thickness of more than 8 metres. The mineralisation remains open to the north, east and south.

With cobalt prices tracking well over the last 12 months KAI has taken the decision to undertake additional fieldwork as a priority ahead of the next planned drilling program which will commence in April.

In the interim, assays should be received from a recent maiden gold drilling program, following significant results reported to date from the Terra Trend and Lady of the Lake prospects.