Is Kairos Minerals another Breaker Resources in the making?

It was only on Monday of this week that Western Australian based gold explorer, Kairos Minerals (ASX:KAI) announced that initial assays from its Terra prospect at the Roe Hills project included grades of up to 14.6% grams per tonne gold, confirming a significant new trend with a strike length of more than 2 kilometres.

Further promising news has emerged on Thursday morning with the company announcing that a significant new gold trend had been delineated at the ‘Lady of the Lake’ prospect, also part of the broader Roe Hills project.

Some of the impressive results are highlighted below. 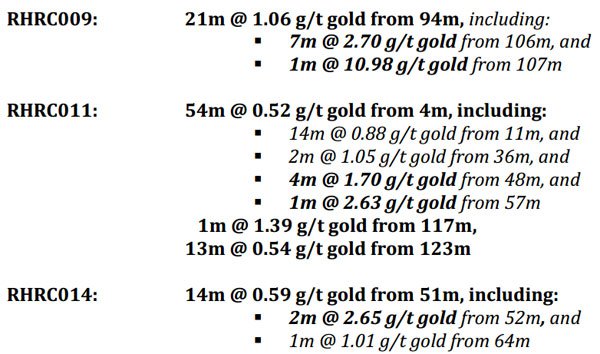 While the first phase of the drilling program has now been completed there are a number of assays still outstanding from several prospects. Consequently, there could be more upside to come despite a 20% rerating in the last week, including a 6.5% rally in the first hour of trading this morning.

Of course, it should be noted here that share trading patterns should not be used as the basis for an investment as they may or may not be replicated. Those considering this stock should seek independent financial advice.

If the share price of Breaker Resources can treble in a month, what does the future hold for Kairos?

The location of KAI’s tenements has been an important factor in attracting investors. As is evident below, it is a very good address, and of significance is the fact that geological characteristics identified at KAI’s exploration targets are consistent with those at neighbouring deposits. 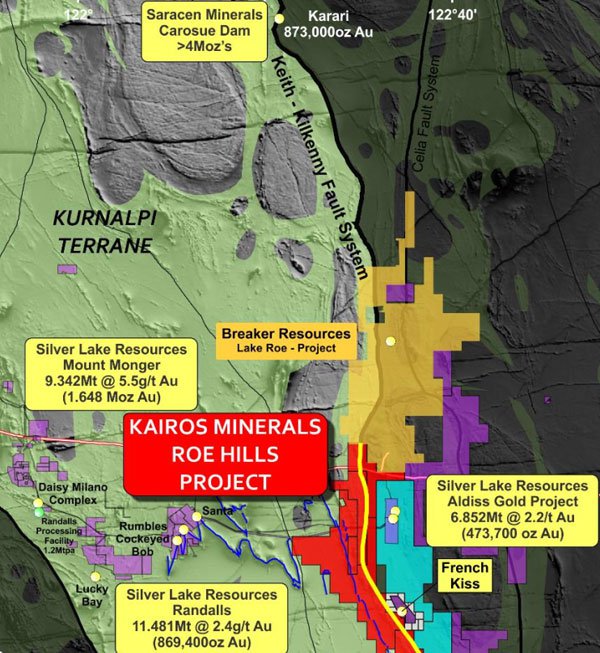 There is no doubt that positive sentiment towards the stock is being assisted by the success of neighbouring miners. Notably, it was only assay results from a maiden drilling campaign conducted by Breaker Resources at its Bombora/Bombora North discovery (part of the company’s Lake Roe project) that resulted in its share price more than trebling in September last year.

With KAI being a similar early stage exploration play in a highly prospective region there is the potential for it to rerate similarly, particularly if upcoming assay results are as positive as those announced today.