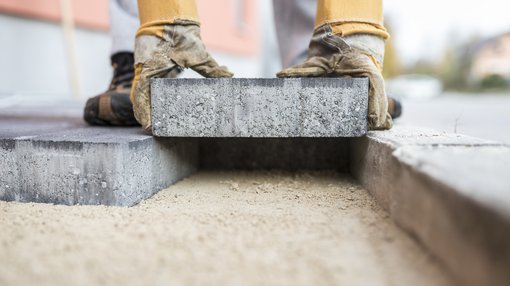 The latest exploration success builds on the extensive gold-in-soils anomaly reported in August and September, and further upgrades the exploration potential of the project for structurally hosted gold and copper mineralisation in the area shown below.

The latest exploration success builds on the extensive gold-in-soils anomaly reported in August and September.

In terms of the geological setting, these samples were collected from veins of approximately 0.5 metres in width where malachite – sulphides – quartz vein is the dominant mineralogy.

These anomalous rocks outcrop at the footwall of an ultramafic unit of the older Archaean basement.

In drawing together the impressive exploration results and discussing the significance of the geological area in terms of identifying drilling targets with a view to expanding the group’s resource base, executive chairman Terry Topping said, “The delineation of an extensive corridor of anomalous soils and rock-chips along strike from the high-grade copper and gold mineralisation discovered earlier this year represents a fantastic conclusion to our exploration field season at the Croydon Project.

We have confirmed the presence of high-grade copper-gold vein-style mineralisation over a 2.5 kilometre strike length within the Archaean basement with associated high-tenor barium and molybdenum anomalies.

“This means we now have a large conventional gold exploration target and strong copper-gold target within the same part of the Croydon Project.

‘’The scale, tenor and strength of the anomalism identified in this area combined with the presence of extensive nugget patches suggests that several mineralising events may have occurred in the area, further enhancing its exploration potential.

‘’We plan to return in 2020 to progress this exciting project alongside ongoing activities aimed at expanding our significant resource base at Mt York.”

An in-fill soils sampling program was conducted to follow-up on the significant results of the first-pass soils program, which had returned a peak soil result of 1,029 ppb gold.

A high gold-in-soil anomaly has returned from this in-fill program over a strike length of 1.5 kilometres as indicated below. 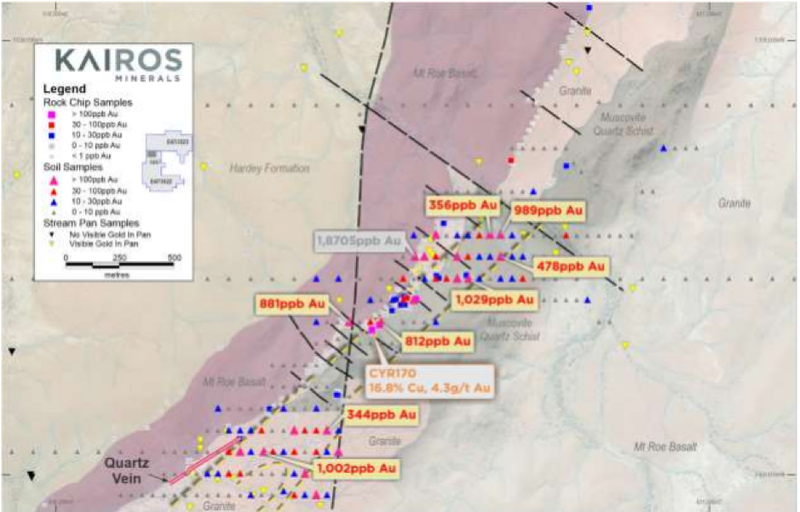 A high gold-in-soil anomaly has returned over a strike length of 1.5 kilometres.

Over the last four years, Kairos has experienced significant exploration success, demonstrated by its ability to establish a JORC Indicated 6.8 million tonnes at 1.3 g/t gold for 285,000 ounces and Inferred 7.5 million tonnes at 1.5 g/t for 358,000 ounces for a Total Mineral Resource of 14.4 million [email protected] 1.4g/t Au for 643,000 ounces.

Management’s strong record makes the upcoming exploration program a much anticipated event, and interestingly shares in Kairos are up 10% on Monday morning.

Given the size of its established resource and the potential upside that lies in the upcoming exploration program, it could be argued that Kairos is undervalued with its market capitalisation hovering in the vicinity of $10 million.