Shares in Kairos Minerals Ltd (ASX:KAI) opened 8% higher on Wednesday morning after management provided details regarding a major program of reverse circulation (RC) drilling that has commenced at its Pilbara Gold Project in Western Australia.

The program comprises 5,000 metres of RC drilling in total, and it has commenced at the large Fuego gold target, part of the Croydon Project, with the initial reconnaissance program expected to be completed over the next 2-3 weeks while drill pad preparations are completed at the Mt York Project.

A rig is currently operating on site at Fuego, with a total of up to 12 widely spaced reconnaissance holes planned to be drilled in this first-pass program.

The rig will then relocate to Mt York to complete the balance of the program.

The company has also received data from the magnetic and radiometric surveying and soil sampling at the Kangan Project that will assist management in shaping its exploration program and generating new targets.

The location of the broader Pilbara Gold Project (see Mt York, Iron Stirrup and Old Faithful deposits to the north-east), as well as the Fuego prospect and Kangan Project can be seen below. 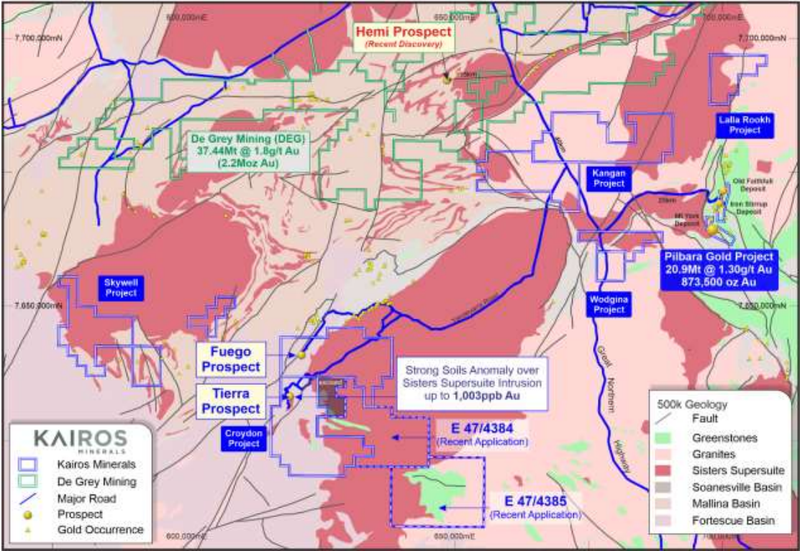 Prior drilling has not been conducted at the Fuego prospect, and the targets are supported by strong geochemical anomalies coincident with magnetic features defined by Kairos’ recent airborne geophysical survey.

Consequently, drilling at Fuego is much anticipated as there is the potential for a new discovery which would enhance Kairos’ already strong position in the Pilbara. 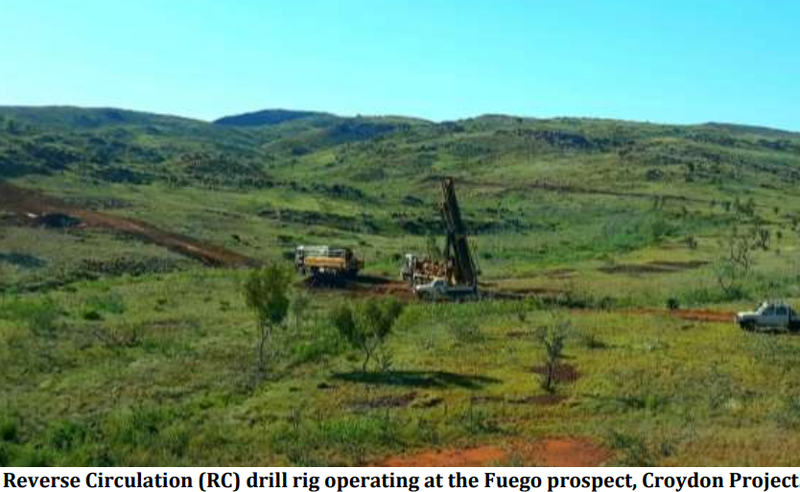 The RC program at Mt York is now anticipated to commence in mid-September, and it will start at the Mt York deposit to test the north-west extension of the mineralisation.

Only one historical hole has been drilled over this target area within Kairos’ ground.

This hole is only 1.2 kilometres from Kairos’ Mt York Mineral Resources, and it is within the same geological setting.

The RC drilling program is designed to test targets at Mt York, Iron Stirrup and Old Faithful deposits, as well as the Green Creek and Zakanaka prospects.

All in all, Kairos is shaping up as a news-driven story during the upcoming drilling campaign, indicating that this morning’s share price momentum may be a result of investors getting set ahead of the multiple potential share price catalysts that are in the pipeline.