The 2000-metre drilling program will target extensions of previously defined mineralisation at a number of targets, as a follow up to the promising results and discoveries to come out of the Roe Hills project earlier in the year.

There is also potential for near-term resource delineation at Lingering Kiss, 350 metres south of Silver Lake Resources’ French Kiss deposit, as well as Lady of the Lake, Terra and Caliburn. In addition it will test a number of new greenfields targets including robust geochemical anomalies at Avalon, Quartermain, Moriarty, Nautilus, Nemo and Hyde.

Commenting on today’s news, KAI Executive Chairman Terry Topping said: “The Company was aiming to build on the success of its previous two gold-focused campaigns at Roe Hills. Given the exceptional results generated by the previous drilling — which encountered significant mineralisation despite being essentially of a wide-spaced reconnaissance nature — we are now returning to scope out extensions to some of the more advanced zones and to test some new areas.

“Roe Hills offers outstanding potential to delineate resources in the near term, as well as to yield further discoveries. The under-explored nature of our tenements makes this a very attractive opportunity for Kairos. This should result in a third significant news-flow stream alongside our ongoing exploration programs targeting conglomerate-hosted gold in the Pilbara and ongoing resource extension and exploration drilling at the Mt York Project, where we have recently completed drilling and await assay results.”

It should be noted here that KAI remains a speculative stock and investors should seek professional financial advice if considering this stock for their portfolio.

The drilling program is expected to take between two and three weeks to complete with assay results expected in early 2018.

The below map indicates the location of the Roe Hills Project: 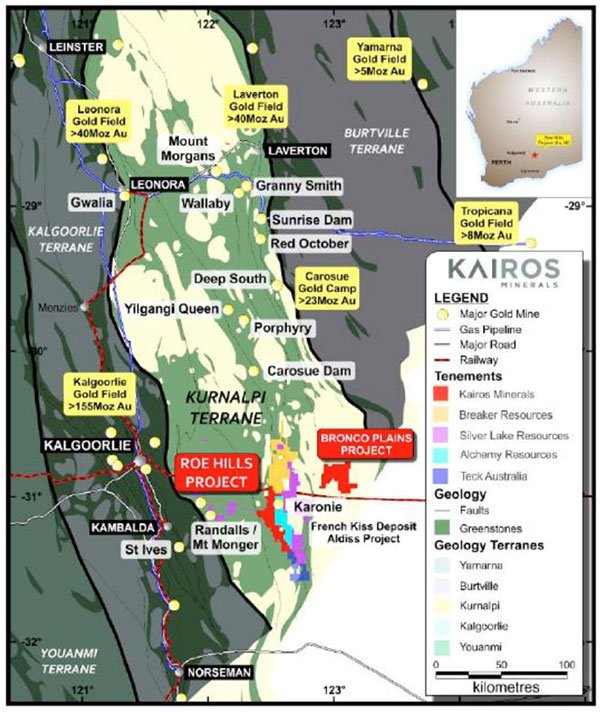 The company has undertaken two gold-focused drilling campaigns at the Roe Hills Project, which is located immediately along strike to the south of Breaker Resources’ (ASX:BRB) Lake Roe gold discovery, and adjacent to Silver Lake Resources’ (ASX:SLR) Aldiss Gold Project.

The below map shows the Roe Hills Gold Project tenements. 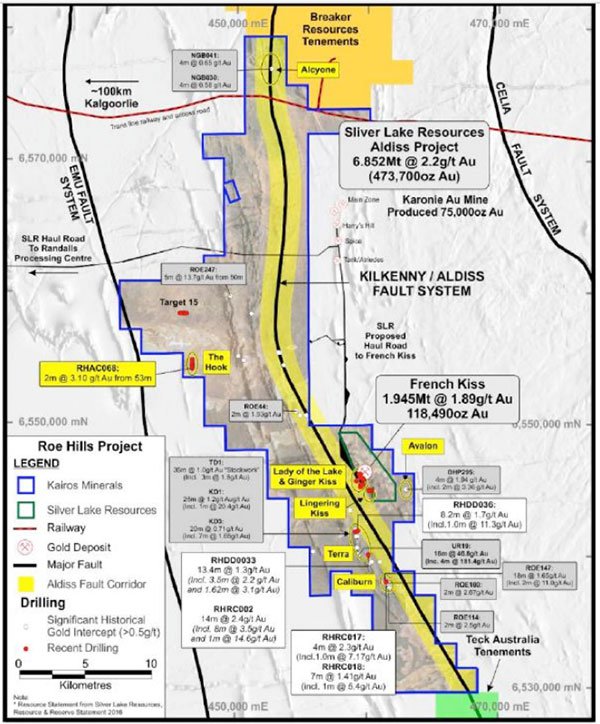 As mentioned, prior drilling programs at Roe Hills have returned promising results and provided management with further confidence of the exploration potential for the gold project. Those results included 43.34 g/t at Lingering Kiss, and a defined gold mineralised zone approximately 150 metres wide and 500 metres long at Lady of the Lake. 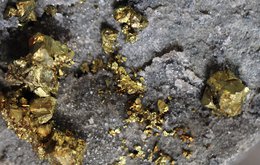 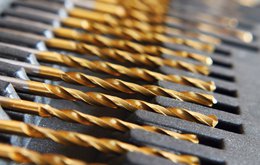 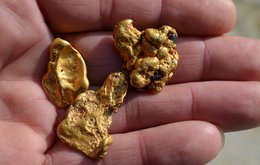