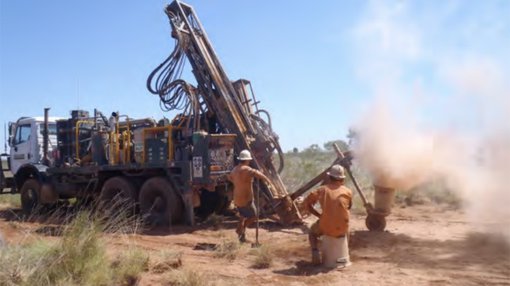 The exploration effort will be fully funded through an A$15M Joint Venture with Evolution Mining (ASX:EVN), which will earn a 65% share of the Northern Territory project over three years.

The Tennant Creek Mineral Field (TCMF) is one of Australia’s highest grade gold and copper fields producing over 5.5million oz. of gold and 470,000t of copper from a variety of deposits including Gecko, Orlando, Warrego, White Devil, Chariot and Golden Forty.

All of these locations are within ERM’s exploration and joint venture portfolio.

ERM’s JV exploration effort throughout 2014 identified a score of gold-bismuth anomalies and copper readings through drilling around the existing TCMF deposits.

The results of the 2014 exploration effort are being analysed by ERM now and will be used to form targets for this year’s drilling programme.

The best results were encountered at the Eldorado and Chariot resource areas of the project; with magnetite-hematite-chlorite ironstones intersected in a majority of drill holes sunk there, some with highly anomalous gold and copper.

The company is now developing its 2015 exploration program, fully funded by JV partner Evolution Mining, which will use a mix of new search technologies, geological concepts conventional techniques to establish new resources at the TCMF.

ERM’s board has confirmed the appointment of Dr Allan Trench as a Non-Executive Director.

Dr Trench is a geologist/geophysicist who conducted an independent review of ERM in 2013 that found the company is conducting “world’s best practise” exploration programmes over its TCMF gold and copper project.

ERM’s Chairman Andrew McIlwain says Dr Tench’s experience will enhance the company’s exploration effort in 2015. “With a significant exploration program in the Tennant Creek Mineral Field fully funded through the Joint Venture with EVN, ERM have commenced identification of the next opportunity to turn its exploration team’s focus to.”