There is no getting around the fact that the graphite sector is under pressure with even big players such as Syrah Resources (ASX:SYR) badly knocked around as its shares plummeted from approximately $2.00 in January to recently trade as low as 35 cents.

However, there were high expectations of Syrah, and perhaps investors looking to take a contrarian approach could be better served by identifying an emerging player that hasn’t already got a lot of fat built into its share price.

Finfeed has identified Comet Resources (ASX:CRL) as a little dynamo poised to power ahead in 2020 on the back of resource growth and the delineation of higher grade mineralisation evidenced as recently as November. 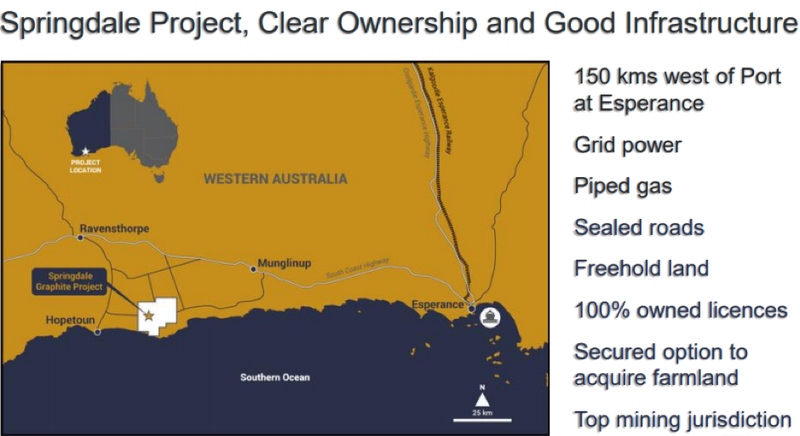 The company released a Maiden Resource Estimate in late 2018, and the project has good access to infrastructure being within 150 kilometres of the port at Esperance via sealed roads.

From a geological perspective, the tenements lie within the deformed southern margin of the Yilgarn Craton and constitute part of the Albany-Fraser Orogen.

With regards to the broader graphite sector, having been pummelled in the second half of 2019 after being hit by the perfect storm, a recovery may not be far away with investors likely to move ahead of an anticipated graphite supply shortage in 2021.

So is this the perfect time to wade into Comet Resources?

Recent exploration results and a strong outlook for 2020 suggest it is.

Credit Suisse has recently made a move, having taken a 5.2% stake in Syrah Resources as advised on November 22, 2019.

Identifying value in a depressed market

When negative sentiment exists in a sector it is often the emerging players that offer the best value, and potentially superior capital gains.

The up and comers are not left with a hangover of disenchanted shareholders just waiting for an exit point as the share price recovers.

Once a commodity comes back into vogue, the smaller players that flew under the radar when the sector was out of favour suddenly become the flavour of the month.

Comet Resources fits neatly into this category, and it came out with some outstanding exploration results at the end of November.

This built on what was already a good story, as unlike many other smaller players in the sector, the Springdale Graphite Project has an established resource as outlined below with two new high grade discoveries that could contribute to a resource upgrade in 2020. 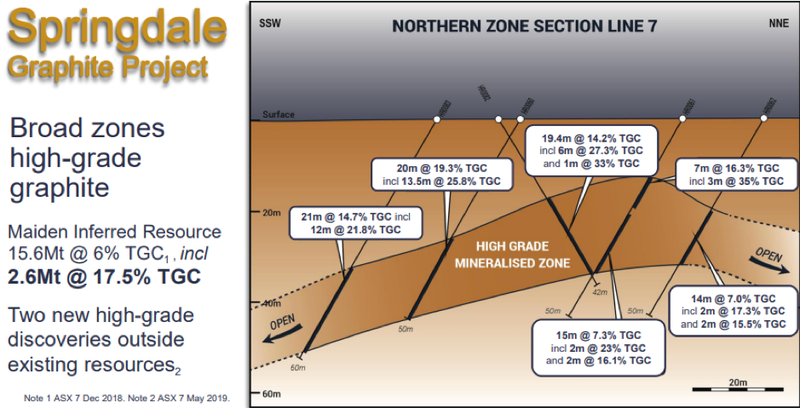 NOTE: the above depicts drilling up to when the Resource Estimate was conducted.

The drilling results were outstanding with high grade graphite mineralisation intersected in all infill and twin holes conducted for the program.

This hole was drilled as a twin of HD024 (Oct 2019) and showed stronger oxidation and veining but again confirmed the continuity of the high grade graphite mineralisation on the eastern side of the north zone as indicated in the following map (right-hand corner). 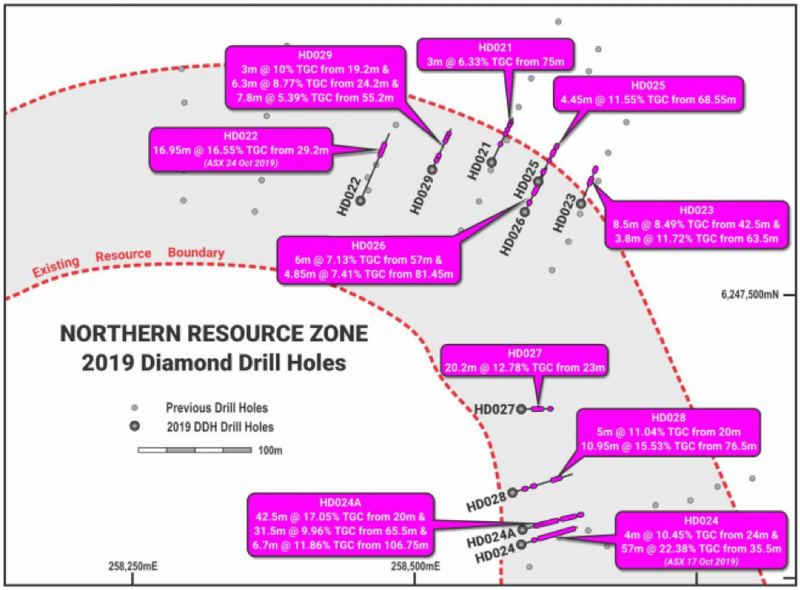 Managing director Matthew O’Kane highlighted the significance of this recent round of results and their relevance in terms of the company’s strategy in 2020 in saying, “Once again we saw spectacular grades in the infill program.

‘’Now we’re very focused on the active metallurgical test work program and look forward to releasing those results as they become available.”

In 2020, Comet will be conducting further drilling and surveying while also advancing its metallurgical test work.

This will allow the company to progress discussions with parties regarding the potential applications of the style of graphite it can provide.

Potential share price catalysts include exploration upside and a possible conversion of a portion of the resource from the inferred category to indicated.

One factor that works in favour of graphite explorers is the consistent accuracy of electromagnetic survey in terms of identifying where the mineral is located.

Graphite lights up like a Christmas tree when surveyed using electromagnetic technology, and given that the Springdale resource is located near surface, management has a distinct advantage in terms of expanding the existing resource and possibly identifying new zones of mineralisation within the tenements that are known to have similar geological characteristics.