Infill soil sampling was completed in several areas at the southern end of the project, focusing on east-west lines at a 200 metre by 50 metre spacing, covering a total area of 7.4 kilometres.

Assay results from 767 individual sites ranged from four samples at more than 100 ppb gold to 586 samples at less than 20 ppb gold.

Management is now of the view that there is significant gold anomalism across more than 20 kilometres of strike, and this recent program has identified significant extensions to existing anomalies.

Compelling drill targets have been identified that will assist in shaping the next exploration campaign.

The significance of strike extensions can be best appreciated by referring to the following map. 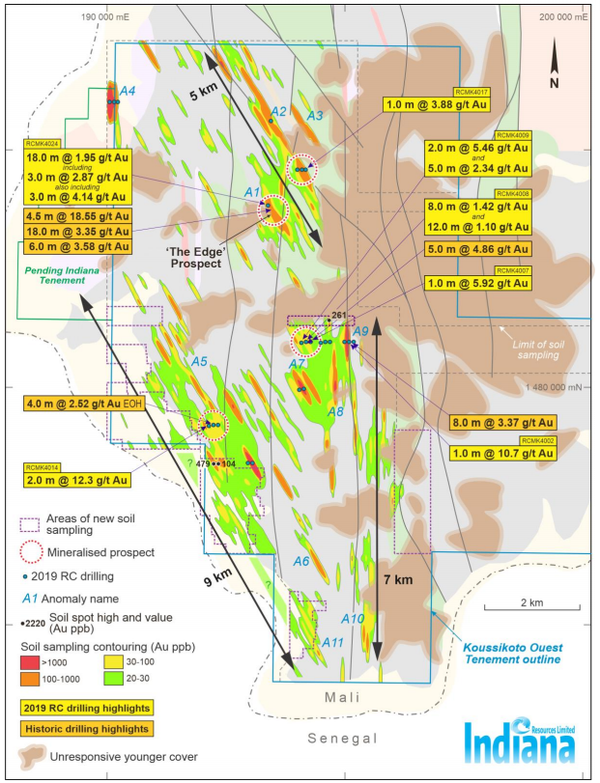 The A5 anomaly is now considered to be at least 9 kilometres long when including A6 and the newly interpreted A11, both of which are interpreted to be part of the same anomalous structural trend.

The apparent truncation between the A5 and A11 anomalies in the west of the project is likely due to a lack of sampling outside licence boundaries and the proximity of the river border with Senegal.

In excess of 20 strike kilometres of significant gold anomalism has been identified in the project area to date, across three major trends, the majority of which remains untested by drilling.

As a result of the recent geochemical sampling, anomaly A5 has been extended to the south with 3 samples returning values above 100 ppb Au (peak value 479ppb) over a 150m east-west section.

Management said that the new southern zone within A5 represents a compelling drill target for the next field season which commences in October 2019.

The new results have also underpinned an extension of anomalies A7 and A8 500 metres north.

In summing up these latest developments and pointing to their medium-term significance, Indiana’s chair, Bronwyn Barnes said, “This latest round of results validates our consolidation strategy for the West Mali Project.

‘’It demonstrates the high potential for further exploration success, with the geochemistry indicating strong potential for the prospective trends to extend over considerable strike lengths.”

There’s more where that came from

Having such early success is highly promising for Indiana given that the anomalies located are consistent with mineralised structures that have tended to support large discoveries such as Barrick Gold’s 12.5 million ounce Loulou deposit and Teranga Gold’s 8 million ounce Sabodala deposit. 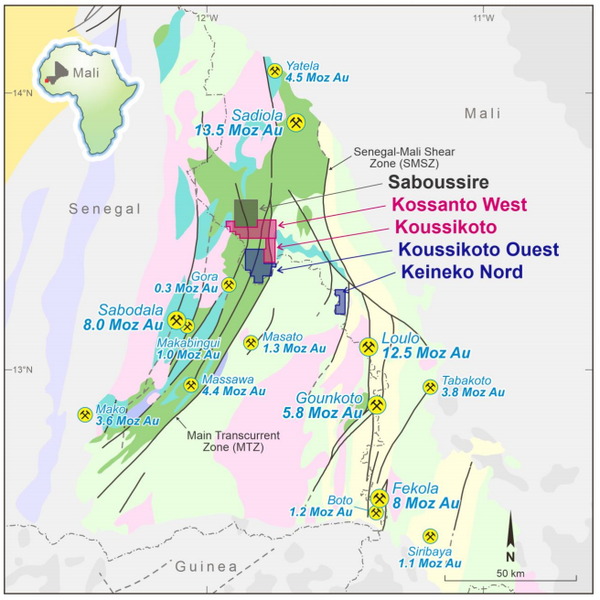 The MTZ is interpreted to be one of the major structures which control mineralisation in Western Mali and Eastern Senegal, considered an excellent geological and structural location within the highly prospective Kenieba Inlier of Western Mali, known to host a number of multi-million ounce gold deposits.