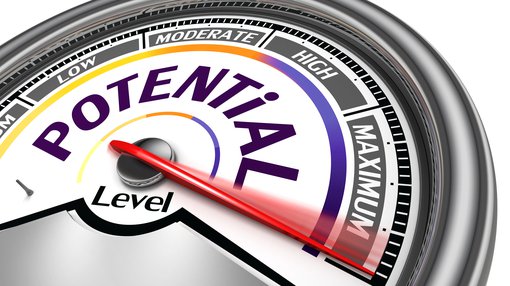 Inca Minerals' (ASX:ICG) investment prospects should be considerably enhanced by the completion of a geophysics report that was released to the market on Wednesday.

On the back of this newest development, ICG is on an upward trajectory — currently up 14% at $0.004.

The final interpretation of the geophysics survey conducted at the company’s Great Riqueza Project is contained in a 53-page geophysics summary report from service provider, Resource Potentials.

Among the key conclusions, the report states that a large to giant sized carbonate replacement deposit (CRD) could occur within the Yanacolipa target centre in the north-east part of the project — one of three large target centres recognised at Riqueza.

The size of Yanacolipa and the size of the Antamina copper-zinc skarn deposit are compared in the geophysics report.

Yanacolipa includes four adjoining high priority targets and has an area of 4.42 square kilometres, whilst the area of the 990 million tonne Antamina copper-zinc skarn deposit is approximately 1.8 square kilometres.

The large scale of the potential Yanacolipa CRD (red border) is illustrated below compared with the Antamina deposit (black border): 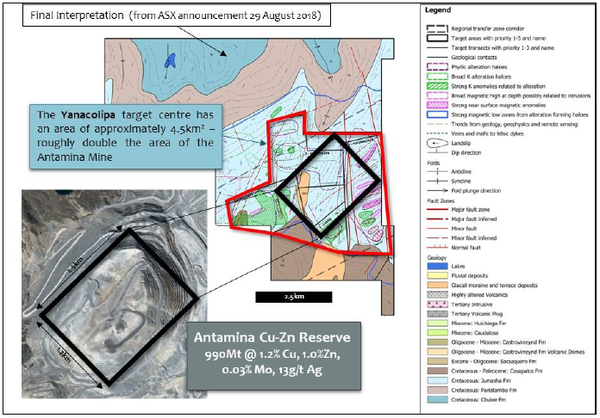 The following is an MVI model of the Pacamachay target, one of three priority one targets making up Yanacolipa. 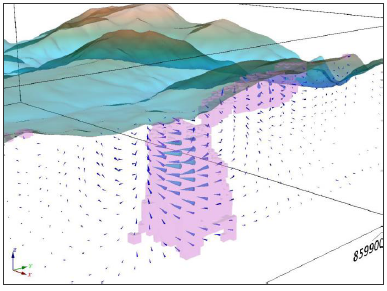 The modelling which covered the entire survey area and specific targets is now complete, an essential precursor for exploration planning, prompting managing director Ross Brown to say: “3D modelling provides an indication of the potential size, shape and depth of each and every target."

"Through this knowledge, budgets and logistics for sampling programs, ground geophysics and drilling programs may be constructed. This is a vital aspect of earn-in agreement negotiations.”

Poised to complete EIA with South32

Inca has now reached a key inflection point at the Riqueza Project as this provides the information required by global mining group, South32 (ASX:S32), to complete the remaining terms of an earn in agreement (EIA).

The general terms already agreed include South32 earning a 60% interest in the project for an amount ranging between US$8 million and US$10 million, subject to agreement on remaining terms.

Interestingly, the South32 earn-in amount values 100% of the project at between A$18.8 million and A$23.5 million, suggesting that Inca is considerably underdone with its current market capitalisation.

Inca said that discussions and negotiations between the two companies concerning the planned exploration program are progressing well.

Negotiations will continue and the remaining EIA terms and conditions agreed upon.

Contractually, there is now a 90-day negotiation period which commenced on receipt of the geophysics report.

Given the positive interaction and tenor of discussions between the two companies to date, Inca expects negotiations can be completed within this timeframe.