The extension of the best drilling intersection in the company’s history has confirmed that Hot Chili’s Cortadera Project has among the world’s best copper-gold porphyry drill intersections ever recorded.

Today’s news that final assays at Cortadera has delivered a 750m copper-gold porphyry drill result, puts Hot Chili one step closer to achieving this aim and sets it up perfectly for future planned drilling.

The stock was up as much as 24% this morning following the announcement to the ASX. 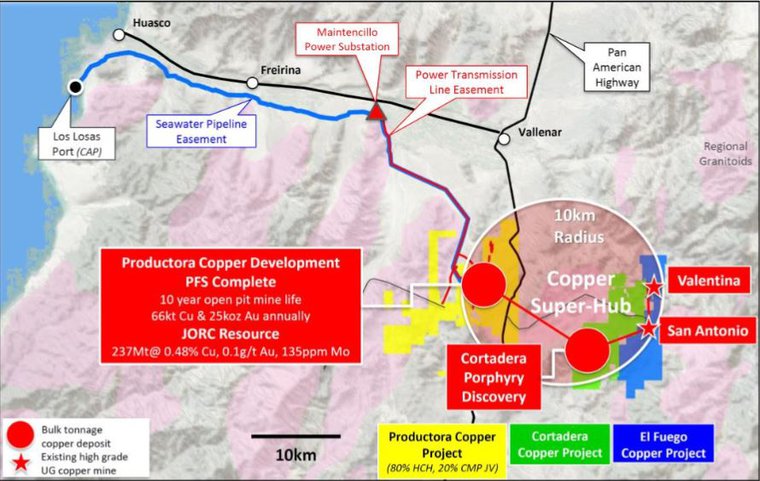 Highlights of the results include: 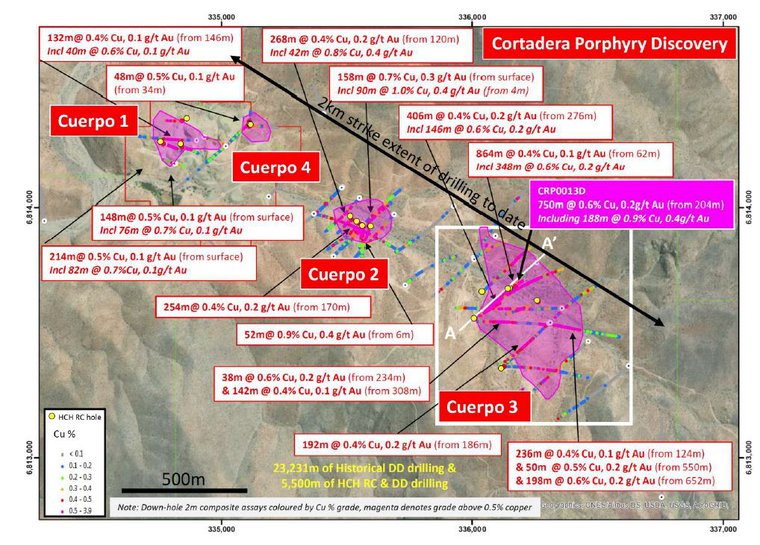 The CRP0013D result has outlined the beginnings of a bulk tonnage, high grade zone at depth at Cortadera. This is important because it materially changes the potential scale and pedigree of the Cortadera copper-gold porphyry discovery.

Of further importance is this new bulk tonnage, high grade zone exhibits many similar characteristics present in some of the world’s most notable large-scale underground porphyry mines and developments, not least its combined copper and gold grade.

Whilst the scale of this zone is unknown and remains largely open, it represents a very exciting focus for Hot Chili’s second phase of drilling.

Further results are due shortly as planned drilling gets underway, along with future funding initiatives.