Copper gold explorer Hot Chili announced this morning that its Cortadera Project remains open and is growing at a faster rate than expected.

This backs the company’s belief that Cortadera is a premier discovery that could position Hot Chili with one of the largest copper-gold inventories in the hands of a junior listed company globally.

It already stacks up well against its peers: 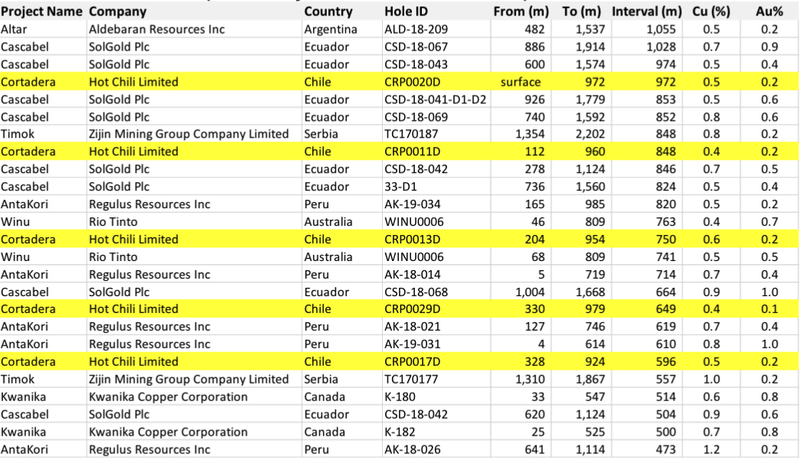 HCH is expecting an eventful 2020.

Hot Chile estimates that its Chilean-based project has more than doubled in resource size, since it first announced the acquisition of the privately-held major porphyry discovery in February of 2019.

A significant highlight of the recent modelling is the discovery zone alone has clear potential to grow towards a Tier 1 classification (+5Mt contained copper) with the largest porphyries open in all key directions as shown below. 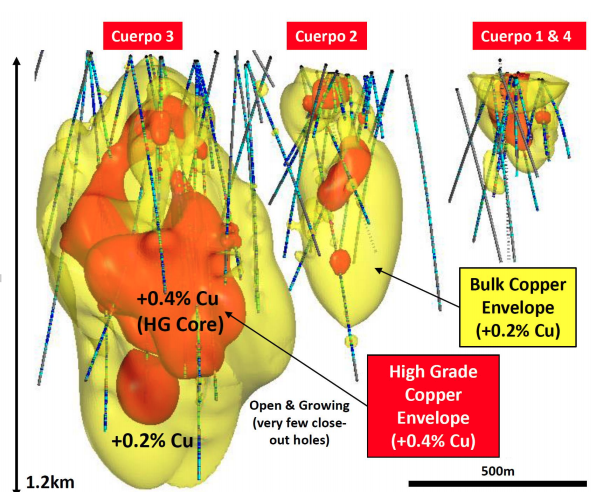 Whilst Hot Chili experienced a great deal of drilling success in 2019, it was further encouraged by an unexpected result that confirms the strength of the project.

This hole lies along the northern extent of the largest porphyry of the Cortadera discovery – Cuerpo 3. 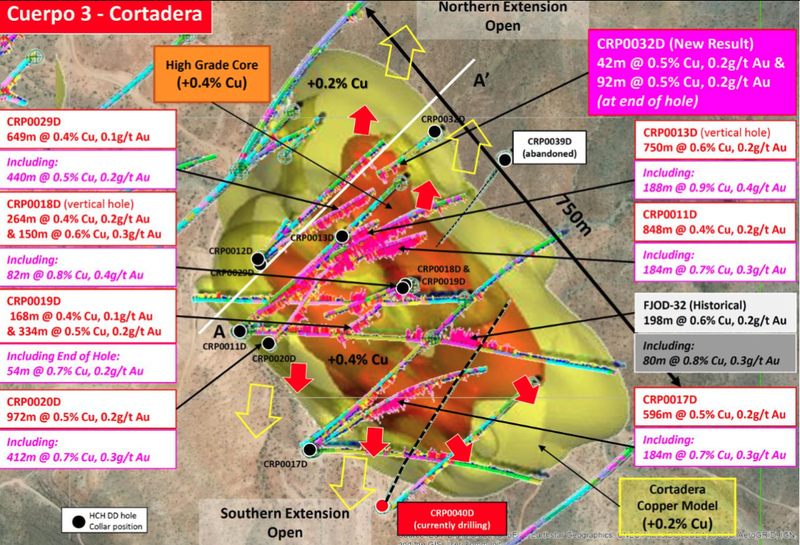 Plan view of Cuerpo 3 - the Main porphyry of the four porphyry centres discovered to date at Cortadera.

The result from CRP0032D was complemented by the remaining results from the shallow Reverse Circulation (RC) drilling which included the high grade result of 20m grading 1.0% copper and 0.2% gold from 102m depth.

The shallow drill programme was directed across potential enrichments zones above three of Cortadera's four porphyries (Cuerpo 1, 2 and 4).

Drill hole CRP0040D, HCH’s third expansion hole, is currently at a depth of approximately 360m down-hole and is planned to extend to approximately 1,000m depth.

The company expects to receive further good news as first results from CRP0040D begin to flow through in the coming weeks.

Furthermore, expansion diamond drilling is well underway for 2020, aimed at facilitating a much larger first resource estimate than originally planned at Cortadera.