The new result from diamond drill hole CRP0020D recorded close to a 1 kilometre intersection from surface and confirmed extensive high grade copper and gold across the core of the largest porphyry discovered to date at Cortadera.

Results are comparable to Newcrest Mining’s Cadia East Project in Australia and the Candelaria Underground mine in Chile.

Highlighting the global significance of this drill result and suggesting this could become the world’s next Tier 1 copper-gold discovery, Hot Chili's managing director Christian Easterday said that it is stunning and stands as one of the best discovery drill results recorded across the world in 2019, and more specifically within the coastal copper belt of Chile.

From a broader perspective Easterday said, "Cortadera is continuing to outperform expectations the company had set following our announcement of a deal to acquire the privately-held discovery in February this year.

"We have recorded many stand-out drill results this year, but this latest 970 metre drill result from surface firmly announces Cortadera's arrival on the global copper stage.

"In little over 9 months we have transformed the growth trajectory for our company and outlined what could become the world’s next Tier-1 copper-gold discovery."

Backing up Easterday’s comments, the following numbers tell the story.

The following photos display a number of selected core photos across the 412 metre wide high grade zone, contained within the broader 972m intersection from CRP0020D. 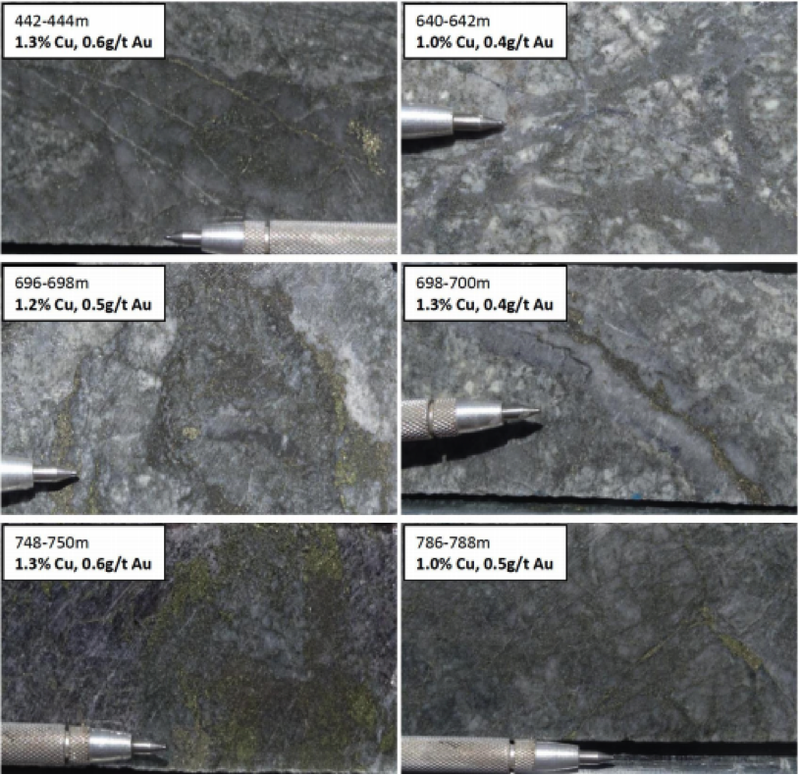 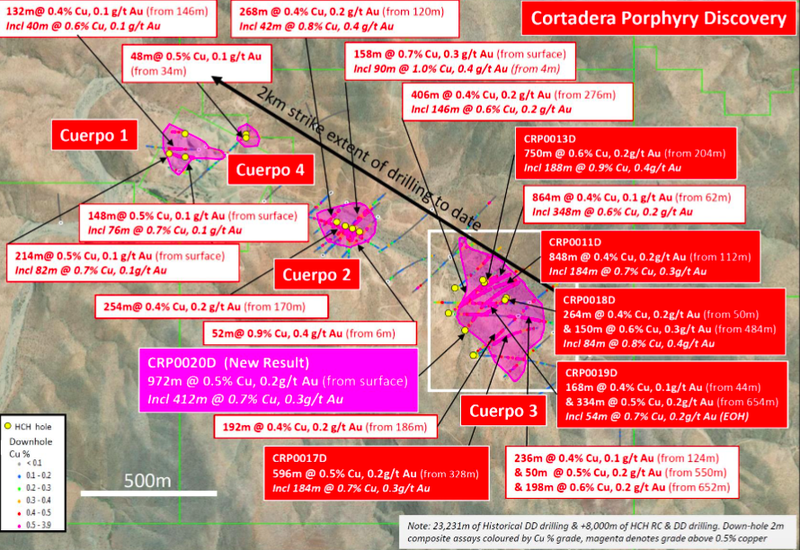 Taking a closer look at Cuerpo 3, the next map shows the main porphyry of the four porphyry centres discovered to date at Cortadera.

It is worth noting the growing extent of the modelled higher grade copper zone (solid yellow isosurface) and the location of vertically extensive high grade core (solid red isosurface). 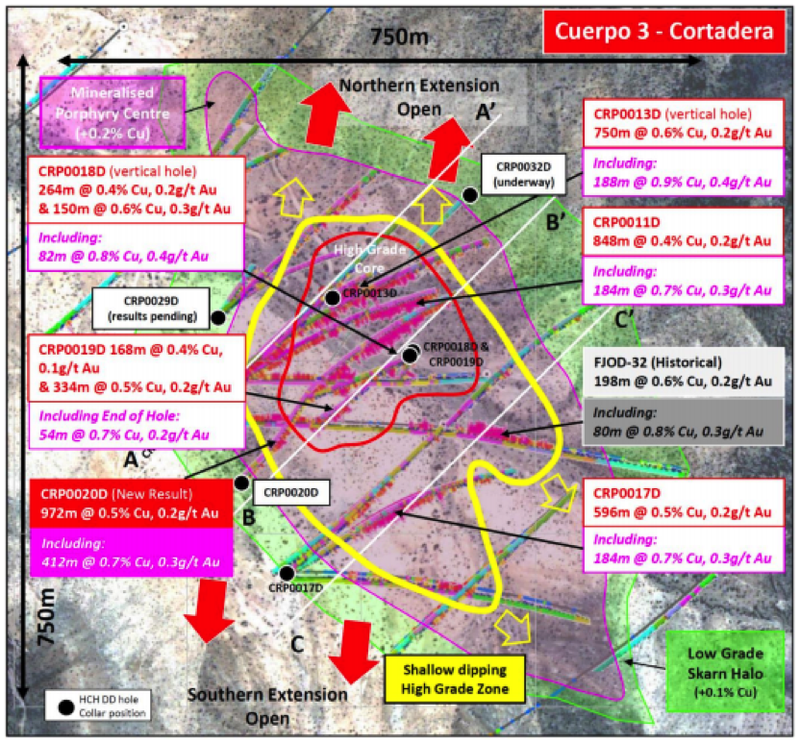 Cuerpo 3 grades up there with other large underground mines

A key part of the company's initial success at Cortadera has been the discovery and definition of a large and robust high grade core to the largest of Cortadera's four porphyry centres - Cuerpo 3.

The average grade of drill intersections recorded by Hot Chili within the high grade zone of Cuerpo 3 ranges between 0.7% and 0.9% copper and 0.3 and 0.4 g/t gold.

In saying this, he referred to Newcrest Mining’s Cadia East Project in Australia (0.47 g/t gold and 0.3% copper) and the Candelaria Underground mine in Chile (0.85% copper: Lundin Mining, Reserve Statement September 2018).

Th following table indicates the top 24 drill results. Cortadera is up there with the best: 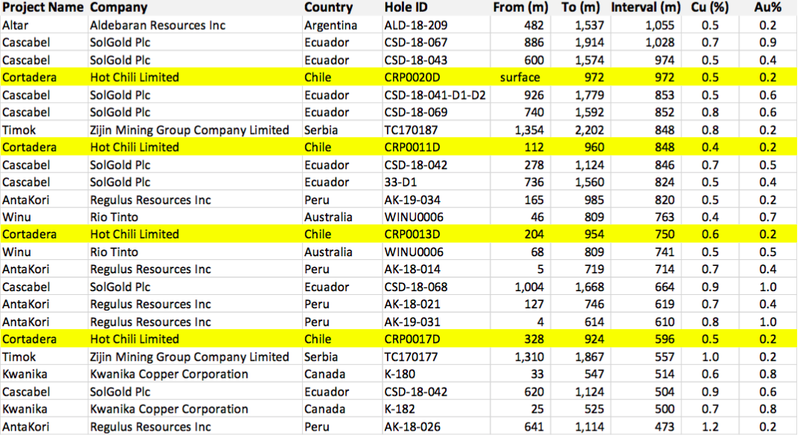 Results for CRP0029D are expected to be released over the coming weeks, once assay results have been received and compiled.

Consequently, there could be further share price catalysts on the horizon.