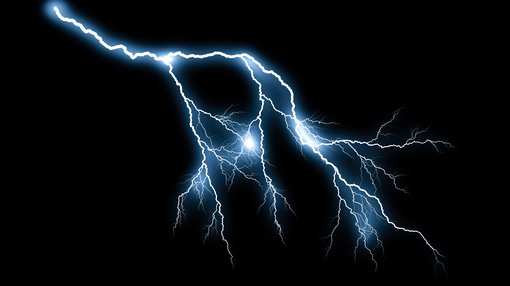 The 649 metre intersection is Hot Chili's fifth record drill result from Cortadera in the past five months.

Importantly, CRP0029D ended in mineralised porphyry and has confirmed a significant 70 metre extension of significant mineralisation along the northern contact of the largest porphyry discovered to date at Cortadera -Cuerpo 3.

The positioning of CRP0029D relative to the broader Cuerpo 3 drilling site can be seen in the following diagram (box is shaded in pink). 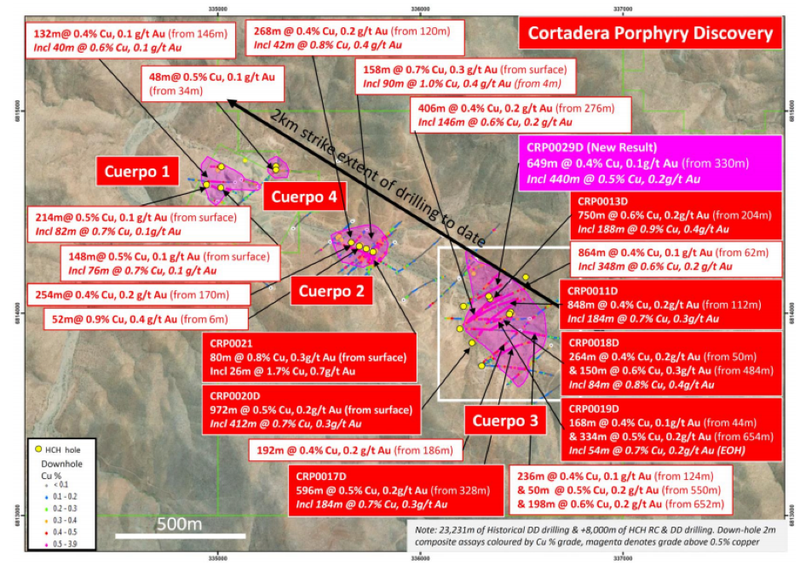 Given the northern contact of Cuerpo 3 is approximately 200 metres in width and still remains open, the extensional result is considered a very significant addition to the continued growth of the Cortadera discovery.

CRP0029D is the first of eight diamond holes planned to expand the size of the existing discovery, a key focus for Hot Chili in advance of completing a first resource estimate for Cortadera within the first half of 2020.

Hot Chili plans to be in a position to release a large initial resource estimate and robust view of Cortadera's potential magnitude following the outcome of accelerated drilling activities over the coming months.

Indicating the multiple share price catalysts that are on the horizon, results are currently being compiled from the remainder of the 2019 drill campaign, and these are expected to be released shortly.

Two drill rigs are set to commence in the coming days with drilling to be focused across two key areas of growth at Cortadera.

The delineation of near surface high-grade mineralisation would certainly enhance the commercial viability of a potential project.