Drilling is continuing to grow the discovery and is providing strong encouragement for both open pit and underground, high grade, development options.

Over the past three weeks, in parallel with diamond drilling activities, a second drill rig has been testing the extent of shallow chalcocite enrichment zones across three of Cortadera's four porphyry centres discovered to date.

Results returned from RC drilling across Cuerpo 2 (the second largest porphyry at Cortadera) have confirmed and extended a bulk tonnage zone of high grade copper and gold from surface. 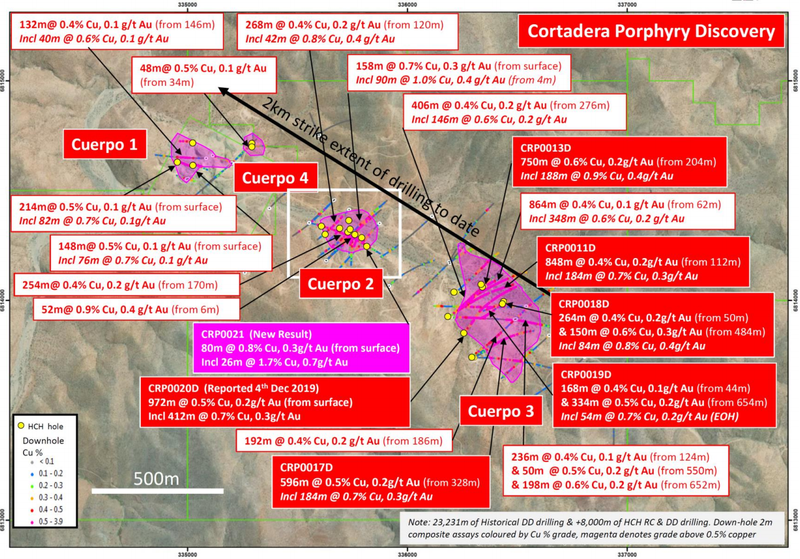 Hot Chili is well positioned to capitalise on the numerous world-class drill results that have established Cortadera as one the stand-out global copper-gold discoveries of 2019.

Drilling activities are then set to accelerate in 2020 toward a first resource estimate and the company directors look forward to advancing various future funding discussions with several large domestic and international groups.

Hot Chili has had a strong year, the stock is now up 367% since January supported by the Cortadera acquisition and the positive drilling results received to date. 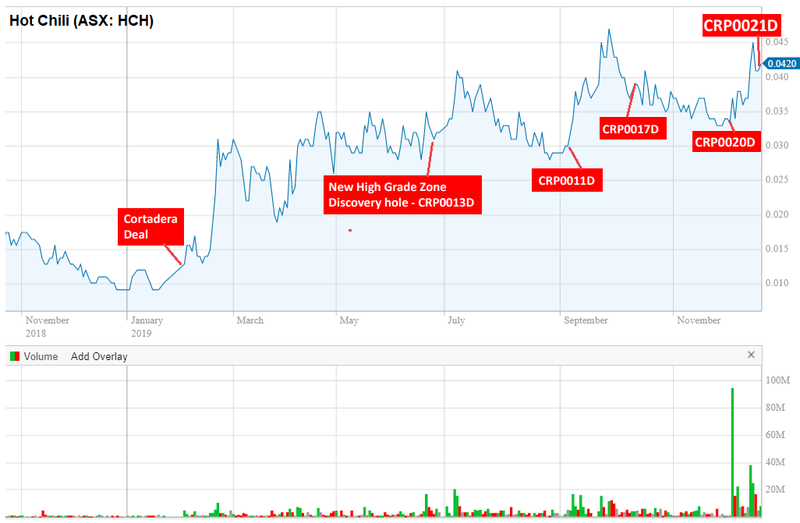