White Rock Minerals Ltd (ASX:WRM) intends to raise $7.35 million before costs, with the funds used to explore and drill test the company’s large and robust Last Chance gold anomaly at the Red Mountain project in the Tintina gold belt of central Alaska.

Management also intends to instigate a share consolidation with the conversion of every 100 existing shares into one share, an initiative which would tighten up its large but highly dilutive share register.

With regard to the proposed capital raising, it is worth noting that there has been significant international interest from institutional and sophisticated investors, including a strategic syndicate led by Palisades Goldcorp, Canada’s largest resource-focused merchant bank that capitalises on a deep value disconnect between the broader commodities market and junior resource equities.

Participation from this merchant bank is important for White Rock given that it effectively recognises the value of the company’s current resources in Alaska and Australia (Mount Carrington Gold-Silver Project), as well as taking into account exploration upside.

The capital raising will incorporate two tranches, with the first raising approximately $1.4 million and the second $4.4 million, and the latter subject to shareholder approval.

Commenting on the proposed capital raising and upcoming operational developments, managing director Matt Gill said, “The level of interest shown in this capital raising has been tremendous.

‘’It will allow White Rock to immediately recommence on-ground works in mid-June to explore and then drill the robust 15 square kilometre Last Chance gold anomaly located in the Tintina Gold belt of Central Alaska. 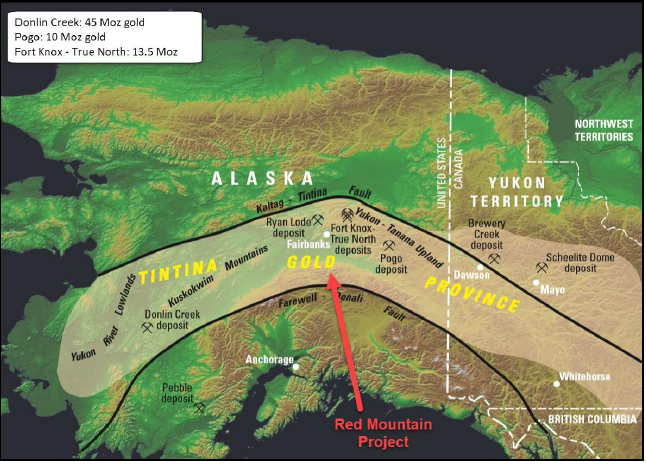 “We have attracted some serious interest in the Last Chance exploration story and this funding will allow us to get on the ground in mid-June, conduct mapping, sampling and geochemistry, and be drilling by early August.

Importantly, White Rock has the strength and calibre of Canaccord Genuity and Martin Place Securities supporting the raising which is a strong endorsement of the quality and exploration opportunity at the Last Chance prospect.

It is also worth noting that major shareholder Sandfire Resources Limited (ASX:SFR) has agreed to support the capital raising by participating in the Placement to maintain its holding above 10%, as well as a sub-underwriting commitment under the SPP.

He has made several significant gold discoveries for Canadian exploration companies such as the 5 million ounce Springpole alkaline gold deposit near Red Lake, Ontario, for Gold Canyon Resources.

Hennigh is also chairman and president of Pilbara focused Novo Resources Corp. (TSXV: NVO) which he co-founded in 2009.

It is worth noting Hennigh’s comments regarding the Last Chance target as he believes it is potentially one of the largest and highest magnitude gold anomalies he has ever seen.

Hennigh said, “Based on the particular sampling technique employed, I am confident that the large and robust gold anomaly is highly significant and likely indicates the presence of a very large, never before recognised nor drill-tested gold system that is chemically akin to the large Pogo deposit (Northern Star: 10 million ounces at 11 g/t gold) situated approximately 200 kilometres east-north-east.

“Events leading to the discovery of the Last Chance anomaly are remarkably similar to the history of discovery at Pogo.

“White Rock Minerals plans to undertake aggressive soil sampling at Last Chance with a view to quickly identifying drill targets in an effort to replicate this pattern of discovery.

‘’Barring delays due to extreme weather conditions or COVID-19, management anticipates developing drill targets by late July and undertaking up to 2500 metres in its first phase drill test this season.’’

Importantly, the Alaskan Department of Natural Resources indicates that the Last Chance gold anomaly has never had any historic mining claims staked, suggesting that the area is unexplored.

Together with the size and strength of the gold anomaly, White Rock is encouraged by the exploration potential for the Last Chance Gold Prospect to yield a significant new gold discovery.