Initial uranium exploration of Section 36 (adjacent to and along strike from to the Jeffrey Project) was completed, including geological mapping, mapping of all existing underground adits and geophysical downhole logging of 56 existing drill holes.

Over half of drill holes showed at least trace U3O8 mineralisation to a maximum depth of 61 feet.

The next phase of uranium exploration includes surface drilling of up to 40 holes and the geophysical logging of an additional 39 existing small diameter drillholes.

Pending approvals and the confirmation of contractor availability, further drilling is planned for July.

After completion of a more extensive survey of the site and geophysical downhole logging of existing drillholes, it has become apparent that surface drilling is a substantially more effective and efficient method to extend the area of known mineralisation.

Using information gathered from the downhole geophysical logging program and geologic mapping, a surface drilling program is now proposed within the exploration areas shown below. 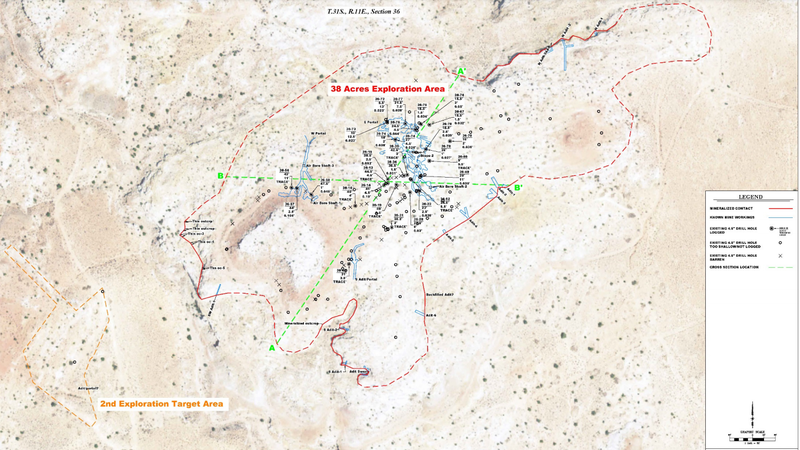 Pending results of the planned drilling campaign, the company is targeting development of a JORC code compliant uranium mineral resource for Section 36 and other areas within the Henry Mountain Uranium and Vanadium Project.

As shown below, the company has approximately 1500 hectares of landholdings in the Henry Mountains region of Utah, within Garfield and Wayne Counties. 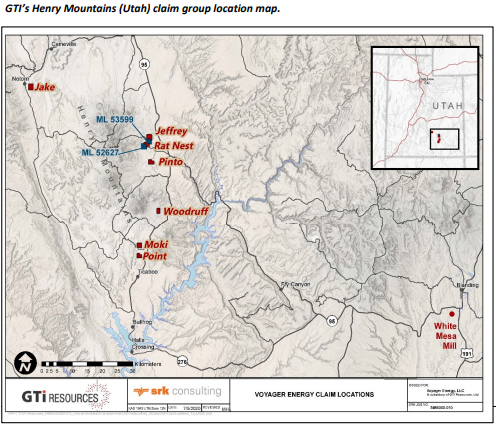 The region forms part of the prolific Colorado Plateau uranium province that historically provided the most important uranium resources in the US.

Sandstone-hosted ores have been mined in the region since 1904.