GTI Resources Ltd (ASX:GTR) has received approval from the state of Utah for the second phase of uranium exploration on Section 36, part of the company’s overall Henry Mountains Uranium-Vanadium Project in that state.

The first phase of exploration of Section 36 which is adjacent to and along strike from GTI’s Jeffrey Project was completed during May including geological mapping, detailed mapping of all existing underground adits and an initial geophysical downhole logging program of 56 existing drill holes.

The following shows the location of the drillholes logged during phase one relative to historic mining and the mapped outcropping of the host formation. 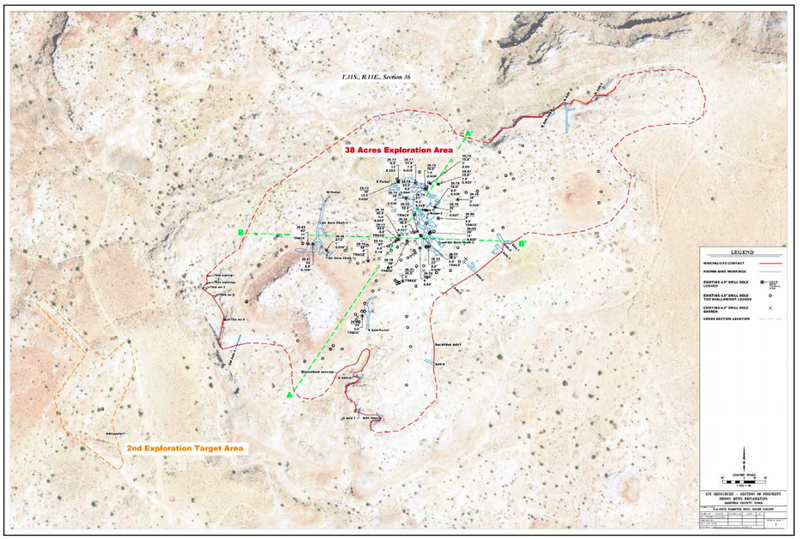 These targets are located within the exploration areas shown above.

The planned second phase exploration includes surface drilling of the exploration target areas and in proximity to the principal existing underground mines, the East and West mines.

GTI will also conduct a second stage of downhole geophysical logging of an additional 39 existing small diameter drillholes within the exploration target areas as shown below. 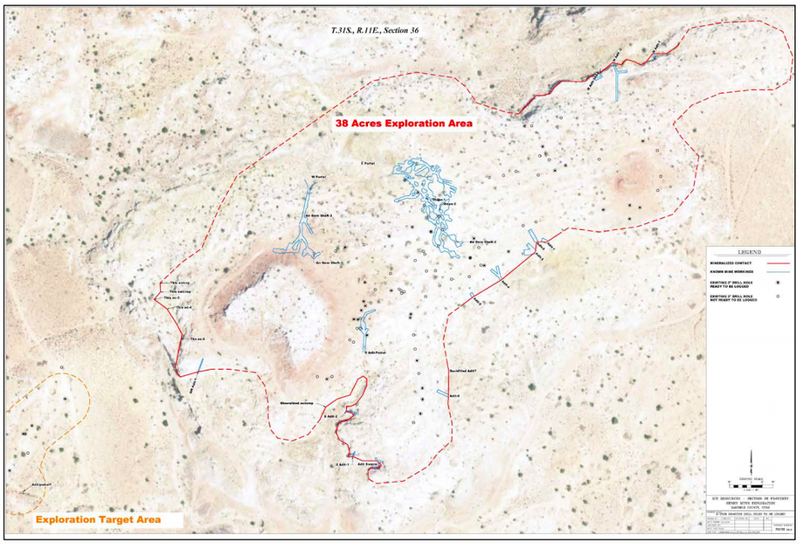 Pending results of the planned drilling campaign, management is targeting development of a JORC code compliant uranium mineral resource for Section 36 and other areas within the Henry Mountain Uranium and Vanadium Project.

The shallow nature of the mineralisation supports the continuation of a low-cost rapid exploration program.

GTI has approximately 1,500 hectares of landholdings in the Henry Mountains region of Utah within Garfield and Wayne Counties.