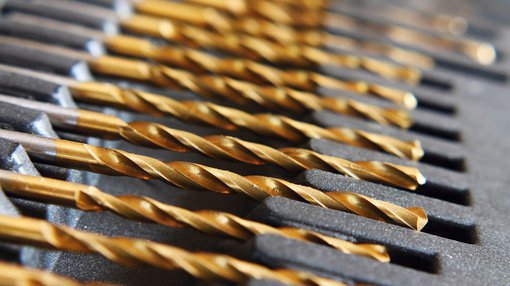 GTI Resources Ltd (ASX:GTR) has commenced its phased exploration program including its maiden drilling campaign at the Niagara gold project in Western Australia.

GTR has also been making good progress at its Utah uranium and vanadium projects with interpretation of historical data and planning for the next stage of exploration now underway.

The project is located within the central part of the Norseman‐Wiluna greenstone belt.

As indicated below, numerous historical workings occur within and to the north of the project area, with a number of major historical mines located in the immediate vicinity of Kookynie, including the Cosmopolitan Mine that produced approximately 360,000 ounces of gold at average grade of 15 g/t gold from 1895 to 1922. 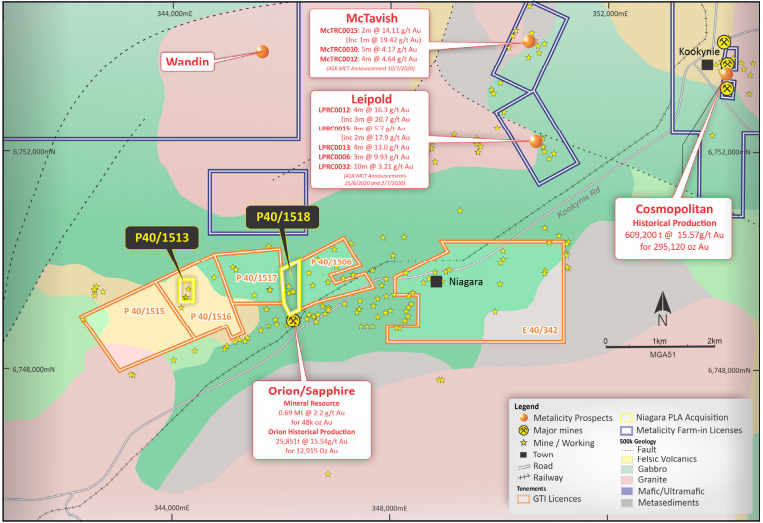 10,000 metres of drilling planned at Niagara

The next phase of field exploration at Niagara is set to commence on 17 August, with ground-truthing and a significantly expanded 1,000‐hole soil sampling program using auger drilling.

The geochemical results from this program will be integrated into the existing geochemical, geophysical and geological data sets to aid in targeting the circa 50‐hole first phase aircore drilling campaign now planned for September.

GTR then plans to conduct a second phase of drilling, utilising targeted deeper reverse circulation drilling during October to test the most attractive zones of interpreted gold mineralisation.

The company has approvals in place for its program of works which includes 10,000 metres of drilling at the Niagara project.

Underlining the company’s strategy and its degree of confidence regarding the upcoming exploration program, executive director Bruce Lane said, “GTR made the decision to accelerate gold exploration activities at Niagara in response to our recent anomalous soil sampling results and in light of the spectacular drilling results achieved by Metalicity, our nearby neighbour (see tenements to the north of Niagara on above map).

‘’Niagara is an exciting exploration project which now covers over 8 kilometres of prospective strike length on the underexplored Niagara Trend, adjacent to historical high‐grade gold mines.

‘’We are very encouraged by the results of July’s aeromagnetic survey when it is combined with the geochemical results from our initial soil sampling program.

‘’These programs are guiding our structural modelling and interpretation and have provided us with some very interesting targets.

‘’The next stage of our field exploration activities starts next week with a significantly expanded soil sampling campaign to be followed up in September with first phase aircore drilling of circa 50 holes.

‘’This field work will further refine our understanding of the mineralising system and will help us locate the most attractive prospective zones for October’s planned second phase deeper reverse circulation drilling campaign.”

GTR to complete gold drilling before Christmas: assays due in February

GTI Resources prepares to drill at Niagara in December