This campaign which consisted of drilling and logging 40 holes, as well as the completion of geophysical logging in relation to an additional 31 historical drill holes was completed on time and within budget.

This comes at an interesting time for GTR in terms of movements in the uranium price.

In mid-2020, the long-term uranium price pushed above US$35 per pound for the first time since 2016, and it has held around these levels, albeit slipping just below that mark in the last few (see data below from www.cameco.com). 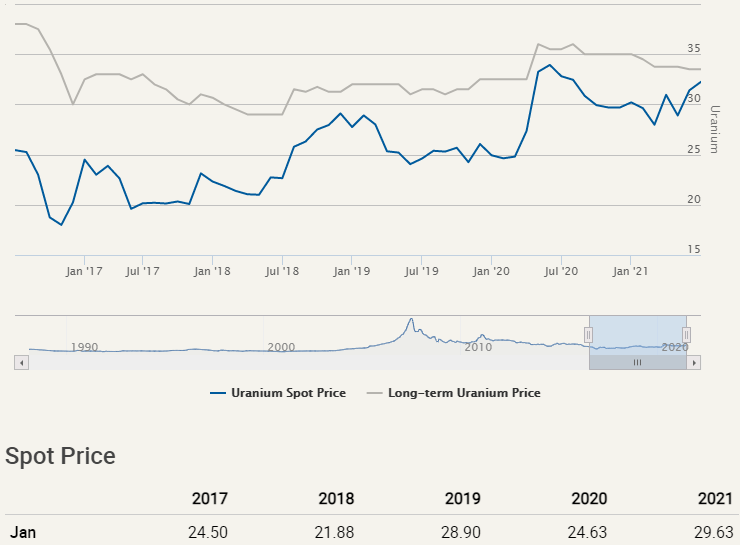 This has brought smaller players in the sector under the spotlight with strong performances from the likes of Boss Energy Ltd (ASX: BOE) more than trebling in the last 12 months.

Consequently, as GTI progresses towards its goal of identifying a low-cost, rapid exploration project, the group could well undergo a meaningful share price rerating.

Pending results from this campaign, management is targeting further drilling towards development of a Uranium Mineral Resource for Section 36 and other areas within the Henry Mountain Uranium and Vanadium Project, a potentially market-moving development for the company. 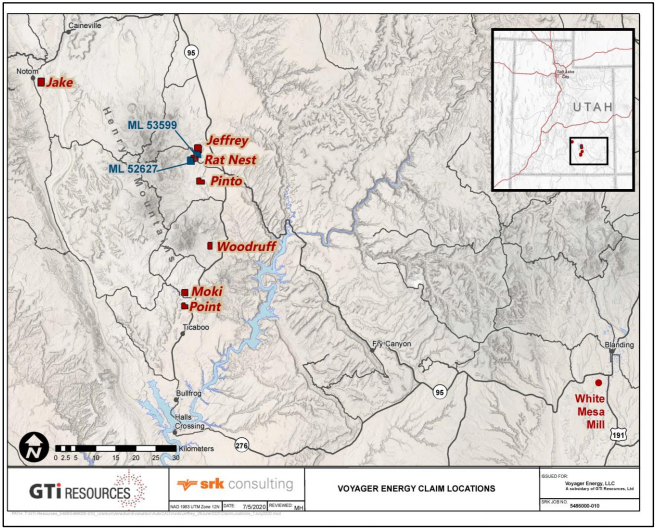 Given that the group is exploring in an area where the mineralisation is relatively shallow and there is already evidence of uranium, GTR’s chances of success could be described as better than some of its peers where a line of sight to identifying potentially economical mineralisation isn’t as clear.

GTR has approximately 1500 hectares of landholdings in the Henry Mountains region of Utah, within Garfield and Wayne Counties.

With the knowledge of historical success and the benefit of data gathered in the past, GTI presents as one of the better emerging players in the sector.