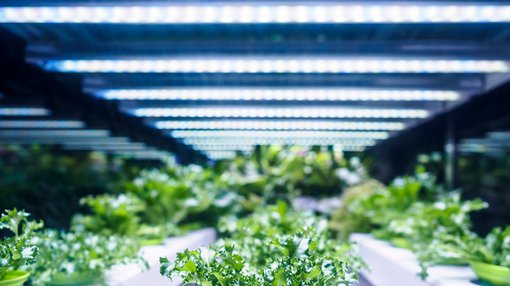 Greenpower Energy (ASX: GPP) has provided an update on the hydroponic trials it is conducting which involves the company’s OHD (Oxidative Hydrothermal Dissolution) bio- stimulant fertiliser.

From a broader perspective, the company is involved in the development of economically and environmentally appealing products for the conversion of low-cost raw materials, including coal, to high-value liquid products such as chemical feedstocks and fuels.

Greenpower coal from the Gippsland Basin was subjected to the OHD process and the resulting bio-stimulant fertiliser liquid was applied to bok choy in hydroponic conditions. The following image was taken at harvest, highlighting the impact of untreated bok choy (far left) in comparison with that treated with various levels of OHD.

GPP is working in conjunction with Monash University which has been applying the OHD liquid as a once weekly foliar spray at application rates of five, 10 and 20 litres per hectare alongside untreated control plants.

As can be seen in the image above, bok choy responded best to the application of liquid at a rate of five litres per hectare with a 21% increase in fresh yield compared to the untreated control plants. The result of the study suggests that a bok choy trial with the OHD liquid applied as a foliar spray in commercial hydroponic growing conditions is warranted.

Management highlighted the fact that the yield uplift following the application of the OHD bio-stimulant is in addition to that provided by added fertilisers. On this note, the company made the observation that the application of the OHD bio-stimulant could improve fertiliser efficiency, as was also evident in tomato and wheat trials where the control plants were stimulated with industry accepted rates of added fertiliser.

It should be noted that trials are in their early stages and as such investors should seek professional financial advice for further information if considering this stock for their portfolio.

GPP also informed the market today that follow-up trials had confirmed the unsuitability of certain plants, allowing the company to focus on target markets in the hydroponic sector which include tomatoes, strawberries, green vegetables, cucumbers and melons.

GPP Chief Executive, Gerard King, explained the significance of this development in saying, “The reaffirmation was important and is crucial in helping the company finalise the OHD PFS (prefeasibility study), and results contrary to earlier studies would have required Greenpower to perform additional trials which may have resulted in delays”.

Consequently, this is a double dose of good news for the group which King summed up in saying, “The positive results provide additional markets scope and opportunity to be covered by the OHD PFS which is currently nearing completion and will complement Greenpower’s focus on the crop cereal and horticultural markets.”