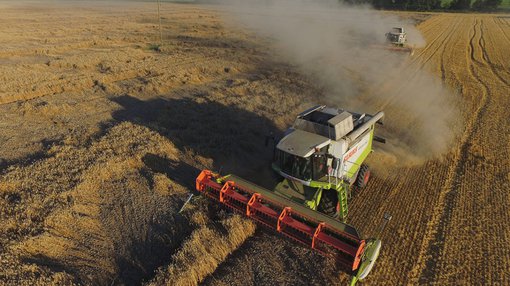 Shares in Greenpower Energy (ASX: GPP) surged more than 50% on Wednesday morning after the company announced that it had successfully completed initial cereal crop trials on wheat which demonstrated the positive impact on crop yields using its coal to liquid fertiliser technology.

As a backdrop, the group reached an agreement with Thermaquatica Inc to jointly test and develop the Oxidative Hydrothermal Dissolution (OHD) process for the conversion of coal into liquid fertilisers, and subsequently completed trials in conjunction with Monash University.

GPP subjected coal from the Gippsland Basin in Victoria to the OHD process and the resulting bio-stimulant fertiliser liquid was applied to test crops at application rates of five litres per hectare up to 70 litres per hectare.

OHD usage confirmed to increase wheat yields by circa 300% utilising OHD rates in a range between 5 litres and 35 litres per hectare. The other factor which is important in terms of wheat production is the number of heads of wheat per plant.

Total dry mass per plant metrics were also better, recording 0.6 and 0.8 grams respectively compared with 0.3 grams from the untreated control.

This correlation has proof of concept given that it has been confirmed in trials involving tomatoes where application of OHD resulted in the production of more flowers and more fruit, translating into higher per kilogram yields per plant.

OHD is far cheaper to produce than similar plant stimulants which generally use seaweed and other decaying plant matter as feedstock. Well-known brands in this field include Seasol, Powerfeed and SuperKelp.

Given the interest in potential offtake and partnering agreements, the company has sought to promptly undertake canola and palm oil trials, noting that the global industry is valued at more than US$100 billion.

GPP has the exclusive OHD rights to the Australian and New Zealand market for the next 15 years. More specifically, and prospectively providing substantially more financial upside is the fact that GPP holds the global distribution rights for bio-stimulant fertilisers manufactured in Australia.

The company is currently in discussions with international firms and national grower groups regarding offtake and partnering opportunities.

Management said that it would look to agree to long-term offtake contracts as an instrument to fund the construction of an OHD plant.