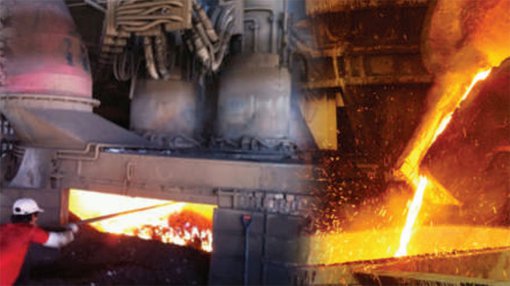 Gulf Manganese Corporation Ltd (ASX:GMC) is having the licensing process for its Indonesian ferromanganese alloy-smelting project substantially reduced through a fast tracking programme that could see it enter production within 12 months.

GMC is building a $52M modular smelting facility on the island of West Timor to produce 78% manganese (Mn) alloy from low impurity Indonesian manganese ore for costs reckoned at 80% of industry average. In total, GMC is aiming for annual production of 155,000 tonnes.

It will then export to customers in the Asian region and overseas markets like the Middle East and Europe.

GMC is pursuing a funding strategy combining equity, debt and future cash flow to bring the smelter into its first stage of production by Q1 of 2016 – a goal looking ever more likely now that the project is being fast tracked through its approvals process. GMC’s capital cost is $66M spread over 5 years.

To encourage foreign investment and accelerate resources projects, Indonesia’s government has also instituted a procedure for its Investment Coordination Board (BKPM) widely called the “one stop shop.”

This combines the approval processes of 22 government ministries into one, significantly reducing the time and effort required to get a project online in Indonesia.

GMC has been advised that its Industrial Business License, commonly called an IUI, will now take between 20 and 25 days for approval, with the same time span applying to gaining Registered Exporter status.

Once these two key licenses are in place, TAW anticipates that it can begin installing its first blast furnace module immediately and enter first production within 12 months of starting construction.

To fall in line with the advised requirements of both the Ministry and BKPM, GMC has redrafted its Timor Smelter Study – the basis for its costing – to comply with the “one stop shop” process.

The redrafted study shows that the project has the potential to return an EBITDA of US $374.7 million over a 10 year period supporting an estimated Net Present Value of US $ 160.6 million using an 8% discount factor.

The project requires a modest start up capital investment of US $66 million, which is staged over 5 years and provides estimated returns supporting an internal rate of return of 55.6%

The deal indicates that Sigur will provide GMC with US$20M in total funding by way of 10% annual interest, a four-year Senior Credit Facility loan and Preferred Shares. A senior representative of the company will also join GMC’s board.

Part of the agreement also stated that Sigur was to subscribe to a minimum $500,000 worth of convertible notes in GMC, however, the company is yet to do so.

GMC advises that it has given Sigur more time to make the arrangement, and that Sigur has now agreed to subscribe for up to $750,000 worth of convertible notes in the company while also assuring that the full funding of the agreement will be forthcoming.

However, GMC is advising that it is now in discussions with alternative parties for the financing and funding of its Indonesian smelter project.

GMC reckons on entering production at its West Timor project within 12 months of its operational licenses being issued by Indonesian authorities.

The manganese alloy smelting operation is located near the city of Kupang, the capital of West Timor, and has been granted a 50 year lease over a 30 hectare block in the Bolok industrial area close to the export Port of Tenau.

The smelting facility will be built from modular components manufactured in South Africa and set up in stages as the project enters production and ramps up.

The initial production rate will be 32,000 tonnes of alloy and over the four years of expansion this rate is set to rise to 155,000tpa with eight smelters running.

Steel manufacturers dominate the market for manganese alloy, using the material as a hardener.

GMC plans to use its strategic location close to Asian trade routes to export to both the regional markets and customers in Europe and the Middle East.

Presenting at the Asian Mining Congress in Singapore in May, GMC announced it has commenced the process to list on the Catalist board on the Singapore Stock Exchange (SGX) in order to engage sponsors, legal and accounting firms.

Mandrake will be first to drill just kms from Chalice discovery