Shares in Global Geoscience (ASX: GSC) have spiked 30% in January, and news released on Monday suggests confidence in the stock may have been driven by imminent results from metallurgical test work at its Rhyolite Ridge lithium boron project in Nevada.

On this note, Managing Director, Bernard Rowe said, “The metallurgical program is aimed at evaluating a simple process route involving crushing, screening and flotation followed by diluted acid leaching to liberate lithium and boron, and that this relatively simple process route using established technologies is expected to compare favourably to other sources of lithium including brine and spodumene deposits”.

The results released on Monday relate to step one of the process (crushing, screening and attrition to separate clay and reduce acid consuming carbonate minerals), which showed that lithium boron rich mineralisation is mainly composed of relatively coarse material, comprising between 40% and 44% searlesite.

The results also demonstrated that the mineralisation is likely to be amenable to further concentration and acid leaching with modest acid consumption levels.

The high levels of searlesite and the low proportion of clay as outlined in the table below demonstrate the likely prospect of separating remaining clay via intense agitation in water.

The initial results are from a sample of lithium boron mineralisation collected from outcropping along the western margin of South Basin and within the Mineral Resource. The same test work is currently being undertaken on drill core samples with results imminent.

The initial drilling program has been completed, with two holes being drilled at North Basin and three at South Basin for a total of 1246 metres. Assay results are expected over the next 3 to 4 weeks. 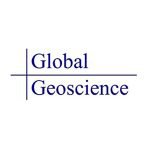