Two high priority nickel targets at DB1 and DB2 will be tested with 1,000 metres of core drilling planned for the initial program.

A drilling start date of mid-June is anticipated with the program estimated for completion within three weeks of commencement.

Importantly, Galileo’s targets in this area are in relatively close proximity and/or along strike from other prominent Fraser Range discoveries, including Nova (ASX :IGO) and Mawson (ASX: LEG) as illustrated below. 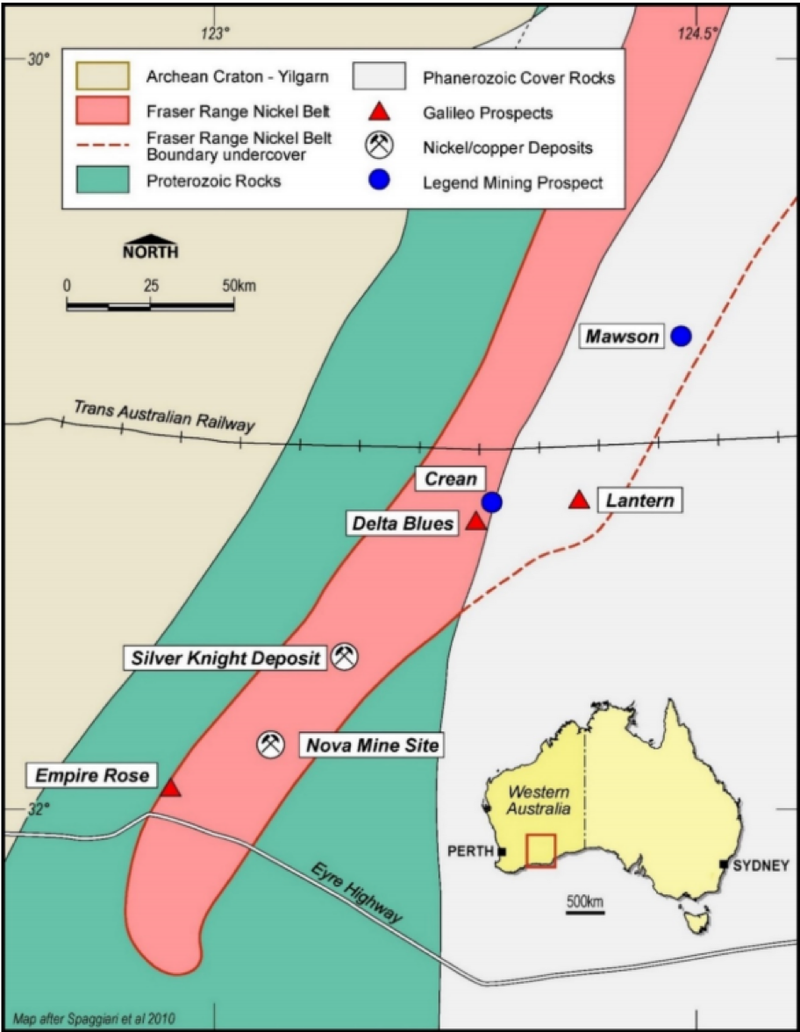 Strength of the EM conductors provides management with confidence

The EM conductor at the Delta Blues DB1 target has been verified by an independent geophysicist as a particular conductive anomaly.

Depth estimates to the top of the conductor vary between 175m and 255m with the variation attributed to near surface cover effects that limit the accuracy of modelling.

One drill hole is planned at the DB1 target as a first test to determine the cause of the conductive anomaly and to pinpoint the optimum position for potential mineralisation.

Explaining the significance of these geological characteristics and the broader mineralisation identified, while also underlining the group’s expectations regarding the upcoming drilling program at the Delta Blues prospect, managing director Brad Underwood said, “The first drilling programs at our northern Fraser Range project identified highly prospective rocks with strong indications of nickel and copper at the Lantern Prospect.

"Following this confirmation of prospectivity we now enter our next phase of drilling, optimistic that we can generate significant drill results at the Delta Blues prospect.

"The strength of the EM conductors and their positions on the magnetic and gravity maps present a compelling case for the potential of mineralisation.

"We look forward to updating the market as drilling gets underway and as the results of drilling are received.”

Independent modelling of EM data from the DB1 target at the Delta Blues prospect has confirmed the very high conductivity of the target.

A component of this high conductivity is attributed to near surface/cover effects which limit the ability to model the conductor depth extent.

The modelled depth extent is restricted (25m to 40m) with the result that a high conductivity is required to provide a best fitting scenario between the modelled response and the observed field data.

The proposed drill hole shown below will test the source of the anomaly. 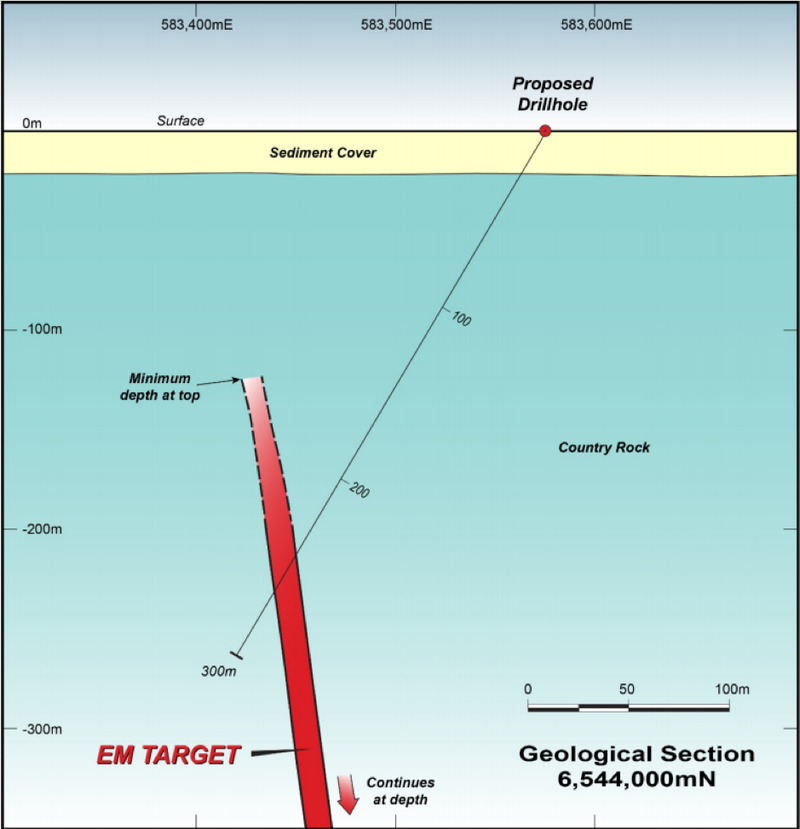 These anomalies are interpreted to represent dense material associated with mafic/ultramafic intrusive rocks at depth.

Management highlighted that the interpreted deep intrusions could be the source rocks responsible for near surface cumulate rocks with the potential to host mineralisation.

The current EM program is scheduled to continue until July with infill surveying to occur as required.