Galileo Mining Ltd (ASX:GAL) has released results from additional geophysical modelling at the Delta Blues Prospect in the Fraser Range region of Western Australia, an important precursor to upcoming drill testing, particularly given that the company has confirmed a target location.

The timing of upcoming drilling couldn't be better, with the nickel price having rallied 5% over the last seven trading days.'

Today's data has taken on even greater significance, given that it has verified a highly conductive body with a shallow depth in a range between 125 metres at 185 metres.

The information that will guide the upcoming drilling campaign has definite relevance in terms of its relationship with the Nova discovery that lies not too far to the south and along trend within the Fraser Range Nickel Belt.

It is worth noting that it was an electromagnetic conductor that led to the discovery of the Nova ore body.

The EM target at Delta Blues is a similar size to that at Nova, but slightly deeper.

Galileo has joint ventures with the Creasy Group over tenements in the Fraser Range that are highly prospective for nickel-copper sulphide deposits similar to the operating Nova mine.

Just as Mark Creasy played a guiding role in the Nova discovery, as well as having a significant financial stake in the company that made the discovery (Sirius Resources), he was Galileo’s founder and remains its largest shareholder. 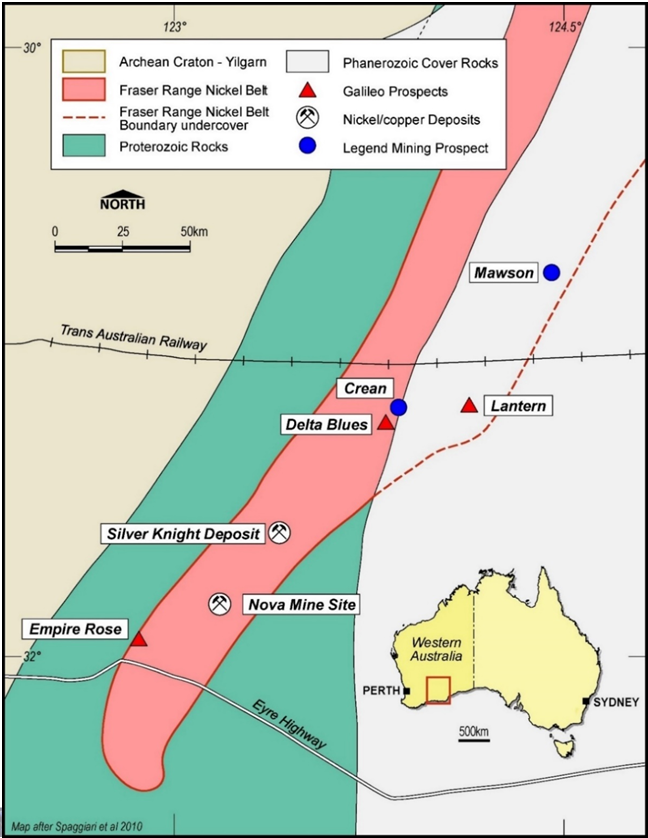 Discussing the compelling nature of the upcoming drilling campaign, managing director Brad Underwood said, “We have completed our target generation work at the Delta Blues prospect and are ready for the drill testing phase to begin.

"All available information presents a compelling case for the potential of mineralisation at the prospect.

"Drill testing is now required to determine what we have in the ground at this location.

Galileo’s priority EM conductor at the Delta Blues DB2 target has been corroborated by an independent geophysicist with results from modelling demonstrating a robust target.

The gravity data in the following image clearly shows the presence of large anomalies adjacent to the EM targets at DB1 and DB2. 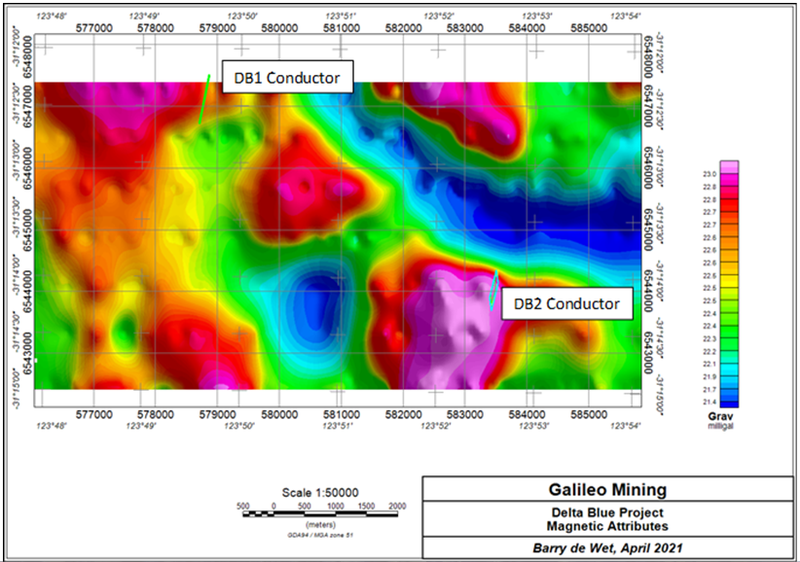 These anomalies are interpreted to represent dense material associated with mafic/ultramafic intrusive source rocks at depth.

Depth to the top of the conductive source has been estimated at between 125 and 185 metres below surface.

Similar to Nova in depth

Once again, there is a close correlation with the Nova discovery as it was a shallow electromagnetic target that was related to mineralisation in soil samples and shallow drilling, a classic signature in terms of near surface discovery.

All modelled parameters indicate a sizeable conductive body that may be related to sulphide mineralisation.

Interpretation of gravity and magnetic data further supports the possibility that the target is associated with magmatic sulphide mineralisation.

Indeed, the gravity data clearly shows the presence of large anomalies adjacent to the EM targets at DB1 and DB2. 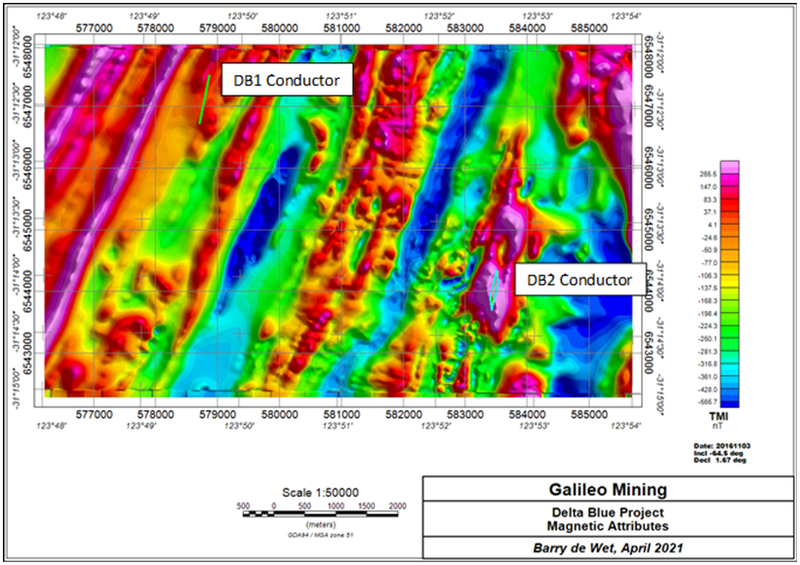 Independent modelling of EM data from the DB2 target at the Delta Blues prospect has confirmed the location of the conductor within a range overlapping with the original modelling.

This provides confidence in the models which will be used to design drill programs to test for mineralisation.

Drilling programs at Delta Blues will be undertaken following receipt of statutory approvals and completion of on-ground preparatory work.