Galileo Mining (ASX:GAL) was a standout performer on the ASX on Friday. The stock leapt by as much as 65% as the company continues its exploration program at its Fraser Range Project’s Lantern prospect.

The region was brought to life just eight years ago, in 2012, with Sirius Resources’ discovery of the Nova nickel deposit which triggered a stunning share price rise that saw Sirius go on to reach a $1 billion market capitalisation.

So what has driven Friday’s buying of GAL?

While Galileo announced no news of its own on Friday, its Fraser Range nickel belt neighbour, Legend Mining entered a trading halt pending exploration results from AC drilling at its Rockford Project’s Mawson prospect.

Fraser Range nickel belt investors have good reason for optimism around Legend’s pending exploration results, and those of Galileo too.

There are plenty of parallels between the two explorers, both with potential to be the next Nova mine as they look to uncover high value Nova style targets in the Fraser Range nickel belt. 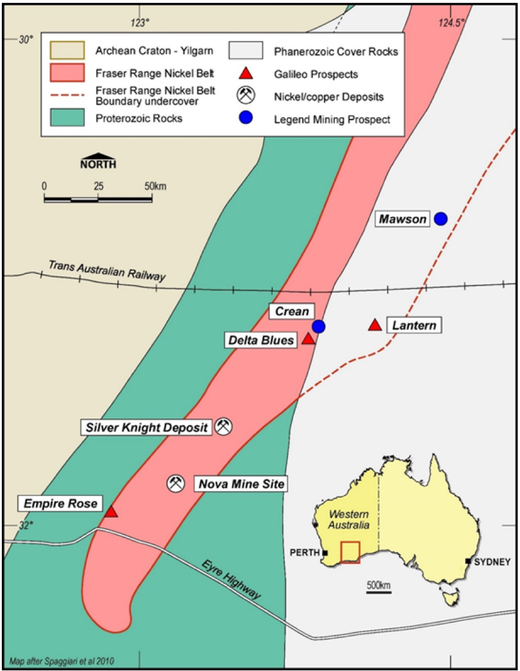 Further, one of the most successful players in the Australian mining industry, Mark Creasy — who was integral to the discovery of the Nova nickel-copper-cobalt deposit — had a prominent hand in Legend’s Mawson nickel-copper-cobalt discovery. Creasy is also the founder and major shareholder of Galileo Mining.

In the following video, Galileo Managing Director Brad Underwood discusses why the Fraser Range is a major focus of activity for Galileo; the current RC drilling at the key Lantern Prospect; and the company’s upcoming drilling programs at the Fraser Range.

On 17 March, Galileo reported significant nickel and copper assay results from Reverse Circulation (RC) drilling at the Lantern prospect — sending the share price up by as much as 24% that week despite the challenging conditions in global markets, which saw the All Ords lose almost 40% since its February peak.

The results indicated the potential for a large mineralised system with over two kilometres of untested strike length.

The RC drill hole at the Lantern prospect intersected disseminated nickel-copper sulphide mineralisation — information that the company will integrate to provide the targets for planned diamond drill hole testing. 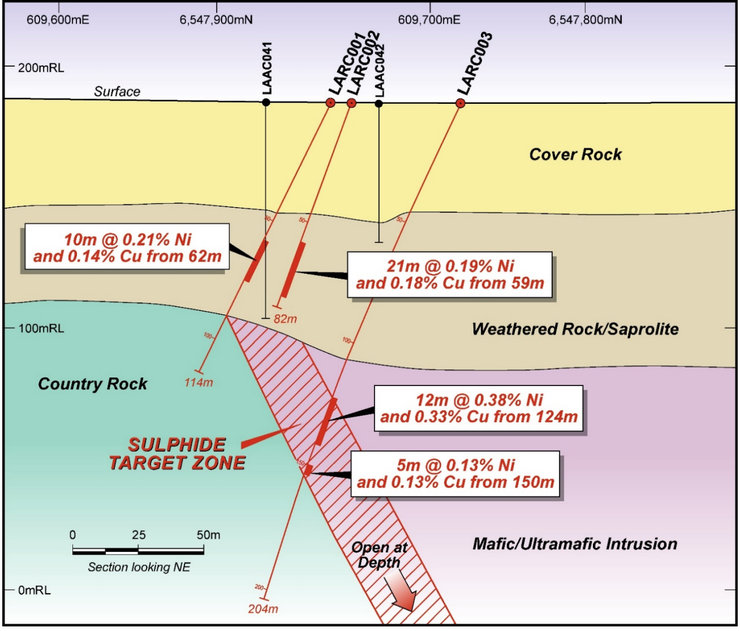 Underwood said: “This is an excellent result from the first ever RC drilling program at the Lantern Prospect. We have now discovered a fertile mineralised system containing nickel and copper sulphides.

“Our next step is to define the extent and quantity of the target metals and, given that we have over two kilometres of untested strike length at this one target alone, the potential for a large discovery is outstanding.”

Upcoming work programs include downhole electromagnetic survey at LARC003 with the prospect of highlighting something even bigger and better, or perhaps pointing to the prospect of a much larger mineralised zone.

Stepout AC and RC drilling will also be conducted which could provide indications that it is part of a much larger strike.

AC drilling will be conducted at the newly identified magnetic and gravity targets to search for more geochemical anomalies associated with prospective rock units.

Following this, Galileo intend to undertake diamond drilling of key targets with the potential of uncovering a discovery hole.