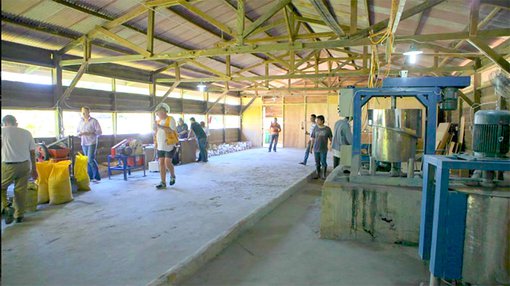 Graphite is in great demand worldwide as a key component in lithium-ion batteries and is also being applied in scores of high tech uses, including high strength materials.

WMN wants to mine high-grade graphite at its Tamboli Project, process it to 94% purity, and export it to the global markets from its strategic location on the island of Sulawesi in Indonesia.

The company is also setting up an industrial park just outside the mine to create a hub of graphite innovation – giving it a revenue stream that takes in every aspect of the graphite market.

To bring this about, WMN has been conducting extensive drilling to develop a JORC compliant resource at Tamboli.

It’s also locked in a definitive agreement with a South Korean consortium to construct a processing and purification plant, capable of producing commercial grade graphite powder, which sells on the world market for up to $1,200 USD/tonne.

In a major step for Tamboli, WMN has signed a letter of intent (LOI) with South Korean industrial supply company Dongsung Highchem Co Ltd, which has committed it to taking 50,000 tonnes of graphite per year from the project.

The LOI was signed after Dongsung analysed samples of WMN’s Tamboli graphite ore, and will be used for steel applications in Korea. The company also analysed WMN’s mining plans and its beneficiation plant.

The announcement of this deal, before WMN even enters production, demonstrates the strategic importance of new sources of graphite to the industry.

The final agreement between WMN and Dongsung detailing monthly delivery volumes and pricing points is expected to be finalised in the coming months.

WMN’s Executive Chairman, Christopher Clover, says with this agreement in place, WMN is now well positioned to accelerate its push to get the Tamboli mine into production.

“This LOI is another important step in developing Tamboli and provides further validation there is a strong market for the product which could be supplied from the project,” he says.

“Due to Tamboli’s location and excellent infrastructure there has been substantial interest from several parties. With our project partners now in place, the company is looking forward to finalising the remaining steps which include financing in order to being Tamboli on line.”