Kingston Resources Limited (ASX:KSN) has received the final batch of assay results from the remaining holes at the Kingsley prospect, part of the group’s Livingstone Gold Project in Western Australia.

The latest results are from 1577 metres of drilling which formed part of the 50-hole/4,390 metre reverse circulation (RC) drilling program completed in July.

The drilling was designed to define shallow oxide mineralisation and test the current geological model developed from the structural review conducted over the wider Livingstone Project, including Kingsley, in late 2019. 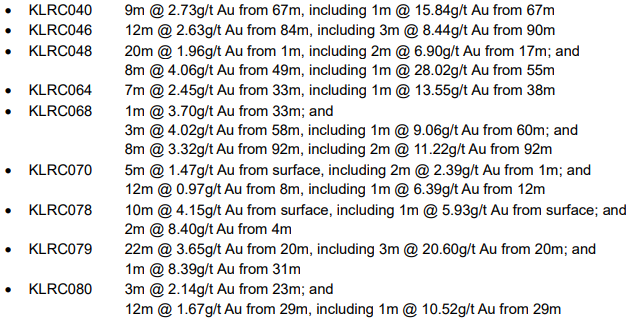 The final results, together with previously reported results and data from the favourable preliminary metallurgical test work and structural geological review, will underpin work on the maiden Mineral Resource Estimate (MRE) for the Kingsley Prospect, which is expected to commence during the December 2020 quarter.

Commenting on the significance of these developments in terms of the broader Livingstone Project, Kingston’s managing director Andrew Corbett said, “We are very pleased with the success of the drilling program at the Kingsley Prospect, which has confirmed the continuity of shallow, high-grade mineralisation over a 1 kilometre strike length.

“These final assay results once again include high-grade intercepts within broader widths of significant mineralisation, correlating well with the previously reported results and confirming our understanding of the geological model.

“With all the results now in, work is set to begin on the maiden JORC compliant MRE at Kingsley, which we expect will add significant value to this strategically located WA gold project.

“It is also great to have the drill rig back on site at Livingstone, conducting co-funded drilling at the Stanley target and undertaking further drilling at the Homestead Deposit that hosts an historic shallow 49,900 ounces gold (JORC 2004) Inferred Resource, as well as at the high-grade Winja prospect.’’ 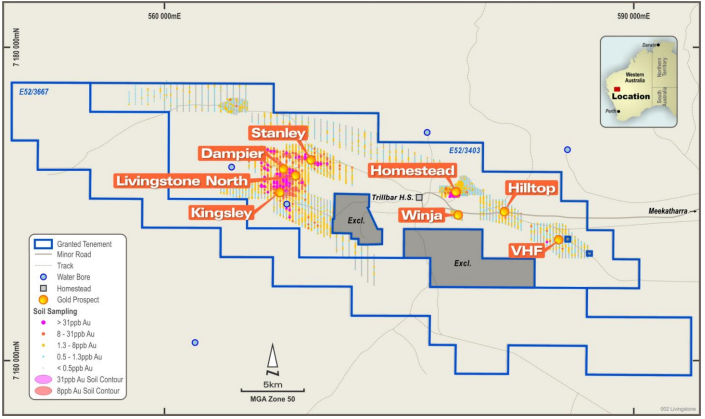 Kingston’s exploration program at Livingstone will run concurrently with ongoing mining studies at its flagship 3.2 million ounce Misima Gold Project in Papua New Guinea where excellent progress is being made.

As a result of Covid-19 related travel restrictions, management suspended drilling at Misima in late March, but Kingston is now well advanced with plans to re-commence drilling.