An Option Study being undertaken in conjunction with GR Engineering Services and the Australian Nuclear Science and Technology Organisation (ANSTO) at the Project was recently completed with results showing the way forward to reduce costs and optimise expansion.

The Honeymoon Project has an estimated uranium resource of 57.8Mlb.

Data acquired from previous lease holders Uranium One has been analysed by BOE, including amalgamation of a number of separate databases and five previously unsampled sonic core drill holes.

Geological logging and core sampling of this core is now underway to provide additional information on potential disequilibrium at the two sites.

This Project is still in its early stages however and nothing is yet finalised, so if considering BOE as an investment option, seek professional financial advice for further information.

Approximately 70 mud rotary holes will be used in the maiden drill program to both confirm historical data and increase the resource definition at Jason’s. 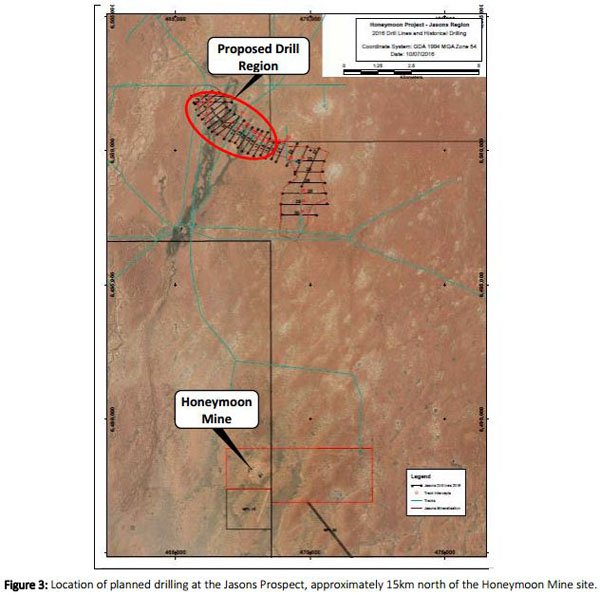 Heritage clearances are scheduled to being onsite this week, with drilling to commence immediately after.

BOE is presenting at the Diggers & Dealers conference this week, the full presentation is available here.