Phase One holes GRDD034 and GRDD035 are 240m apart and have both outlined high-grade gold mineralisation deeper than previously intersected at the Kebigada deposit.

Given that the gold assay results indicate the potential for the Kebigada deposit to substantially grow via targeted deeper and along strike drilling, additional drilling has been planned, which will comprise a further four core holes, each 500m in length.

Total initial drilling was completed for 397m and targeted near surface gold mineralisation below a regional gold in soil anomaly. Holes PTRC001 - PTRC004 were completed at depths of 77m to 120m with RC rock chip samples at SGS Mwanza laboratory (Tanzania) for gold analysis.

The styles of alteration and sulphide mineralisation of mafic volcanic and quartz veins present in three of the drillholes are typically good indicators of gold mineralisation at Giro. If significant gold mineralisation has been intersected in the initial four holes, further drilling may comprise an additional 25 RC core holes, each nominally 150m in length (total 3,750m).

Assay results are pending and are expected shortly. 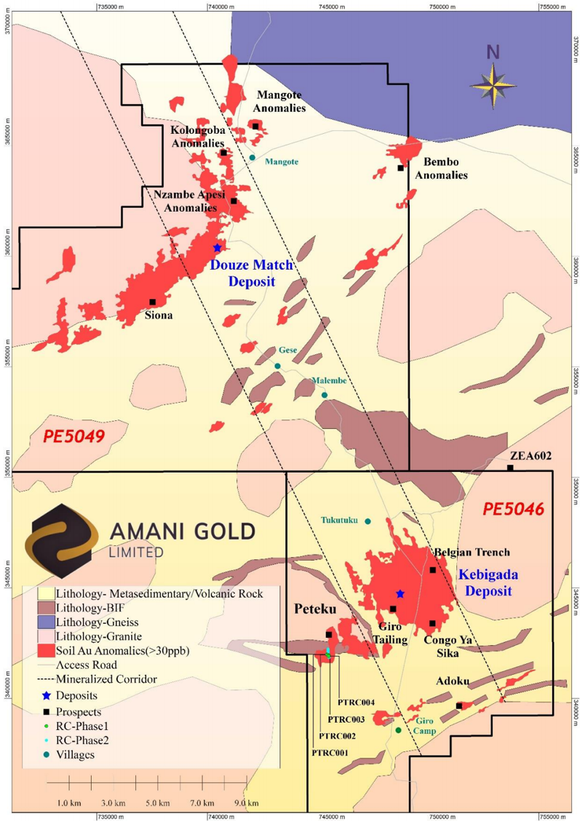 Tanzania has launched its first ever international minerals trading hub in the gold rich Geita District in the North-western part of the country and will accommodate buyers, miners, government offices, banks and dealers at a one-stop centre.

Tanzania is the fourth largest producer of gold in Africa and the Geita District produces 40% of all gold produced in Tanzania.

Amani announced the securing of Gold Dealer Licences in Tanzania via a 60% equity interest in Amago Trading Limited.

Then, on 28 November, Amani announced that Amago completed its first shipment of approximately 6.77Kg gold (purity78%) from Geita mineral and gem Hub (Tanzania) to a Hong Kong refinery. The total amount of refined gold at Hong Kong was 5.08Kg gold (purity 99.9999%) on 29 November.

Amago received payment for the gold from the Hong Kong gold refinery the same day as it was processed. There are plans to increase the size and frequency of shipments from the Geita Hub to Hong Kong as soon as possible. 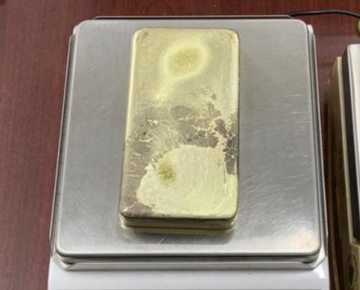 On 22 October, Amani announced the completion of a placement of 833,333,330 shares at $0.003 per share to raise $2.5 million. Funds raised will be used by the company to advance the Giro Gold Project in the DRC.

On 29 January 2020, the company then announced that it has issued Convertible Notes with a face value of $2.1M to Hong Kong based investment company, Neo Gold Limited.

Amani has since announced that it has received an additional commitment from Neo Gold that will raise up to a further $3.0 million through the issue of up to 1 billion fully paid ordinary shares at an issue price of $0.003 per share.

Funds raised are to be used to advance the Giro Gold Project, including diamond core and RC drilling programs, regional exploration, resource estimate upgrade for Kebigada deposit, mining studies and for general working capital purposes. A clear strategy will be advancement to gold production.