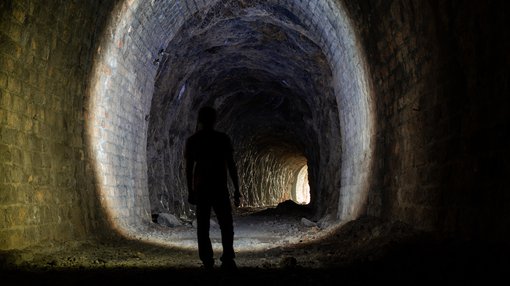 Virgo Resources Limited (ASX:VIR) is currently raising between $4.5 million and $5.5 million through an IPO whereby it will issue between 22.5 million and 27.5 million ordinary shares at an issue price of 20 cents per share.

On successful ASX listing, Virgo will have a market capitalisation of approximately $10 million relative to a share price of 20 cents per share.

More than half of the funds raised will be used for drilling and the establishment of mineral resource estimates across the group’s Matchless, Kalahari and Rhinelands projects in Africa.

Management will also direct a proportion of funds to update the scoping study for the flagship Hope Copper Project, the most advanced asset in the group’s portfolio.

While progressing the Hope Project will be central to the company’s near-term prospects, Virgo also has interests in the potentially highly prospective Kalahari Copper Belt (KCB) in Botswana, a happy hunting ground for both small and large companies in recent years.

MOD Resources had extensive exploration success in the region as a mere minnow with a market capitalisation of $3 million in 2015.

By 2016, the company’s market capitalisation had increased ten-fold, and in June Sandfire Resources (ASX:SFR) acquired MOD for $167 million , noting at the time that it valued the group’s T3 copper project in the KCB at $309 million.

Sandfire noted at the time that Botswana ranked number one in terms of investment attractiveness in Africa, an important factor to bear in mind as the continent tends to get the broad brush when it comes to assessing sovereign risk.

In a similar fashion to MOD, Virgo’s growth is likely to stem from its success with the drill bit, so it is important to assess the company’s portfolio of assets.

Virgo will also benefit from board experience in the area with managing director Quinton Hills being responsible for the discovery of the 100 million tonnes copper mineral resource at the Boseto Project in Botswana.

Among the leadership team is non-executive chairman Ian Murray who knows what it takes to transform junior companies with unproven ground into major players, having been at the helm of Gold Road Resources as it grew from a $5 million minnow to a $1 billion enterprise.

Virgo to increase size and confidence of resource at Hope

Compared with MOD, Virgo will have a head start as the Hope Project in Namibia has an established resource of 10.2 million tonnes at 1.9% copper and 0.3 g/t gold at a 0.7% copper cut-off.

It is worth noting that this equates to a copper equivalent grade of 2.2% and implies contained copper of 193,000 tonnes plus 103,000 ounces of gold and possible silver credits.

These numbers stack up well based on current commodity prices with spot copper sitting at about US$5800 per tonne and gold hovering not far shy of the US$1500 per ounce mark.

Virgo has a 70% interest in the Hope copper-gold project located on the Matchless Copper Belt.

However, it has the option to increase its interest to 90% at a later stage.

Management sees significant unrealised gold grade potential within the mineral resource due to the large number of historic drill holes not having been assayed for gold.

It is worth noting that drill holes and surface rock chip samples in the area featured gold grades up to 6.8 g/t gold.

Previous exploration success and the actual definition of a resource suggests management has every right to be positive in terms of ‘’rapidly advancing the size and confidence of the current mineral resource’’.

The following map also indicates the broader region’s track record of hosting multiple high grade copper-gold-silver resources with both the Matchless and Otjihase copper mines which lie to the east having impressive copper-gold resources. 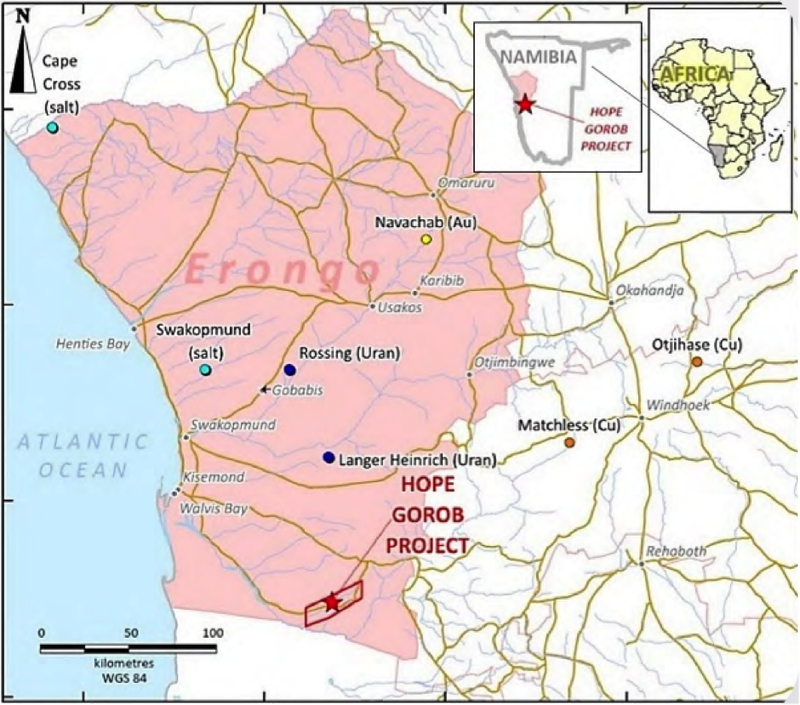 Virgo will be conducting infill and extension drilling in key target areas with a view to hopefully making new discoveries.

Preliminary metallurgical test work has been favourable with excellent recoveries of 96% copper and 84% gold to a 28% copper grade concentrate via conventional flotation.

An underground mining scoping study by SRK in 2012 indicated that further studies were warranted, and it would appear that an updated study incorporating current metal prices, increased mineral resources, gold potential and new discoveries could well support the prospect of a highly economical project.

Providing additional exploration upside is the acquisition of tenure adjacent to the Hope Project which covers more than 70 kilometres of additional strike along the Matchless Copper Belt.

Four copper prospects have already been identified across this 900 square kilometre area, mainly due to outcrop mapping/trenching and soil surveys.

Of particular note is a 1.1 kilometre long copper resource anomaly at Aros.

First phase exploration will include regional Heli-EM survey with 200-250 metre depth penetration to delineate further exploration targets along strike and at depth as mineralisation in this region is typically very conductive.

As well as the recent acquisition of Mod Resources, there has been further confidence shown in the KCB region with the recent $650 million project funding for Cupric Canyon’s Khoemacau copper-silver underground mining project.

There has also been significant exploration success with Kalahari Metals having intersected 24 metres of copper sulphide immediately adjacent and along strike of Virgo’s most prospective tenure, PL40/2018.

As can be seen below it is also in close proximity to Cupric’s key deposits. 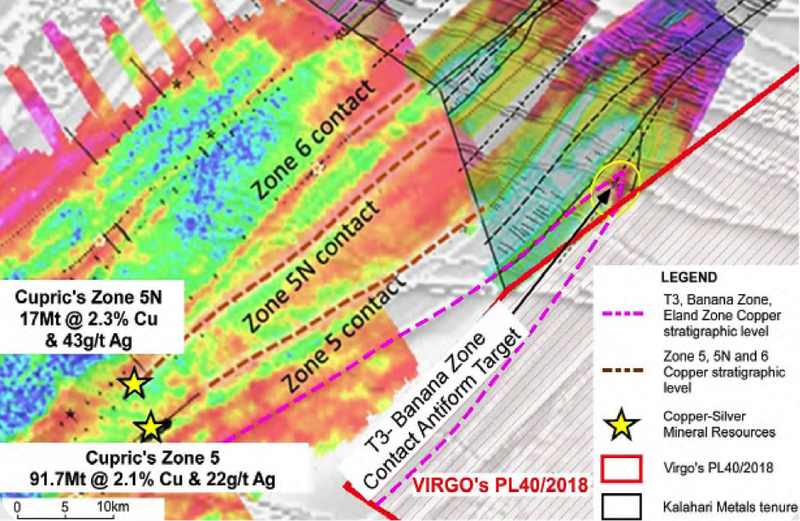 There has also been significant exploration success in the region.

As indicated below (circled in green), one of those conductive dome anomalies extends on to Virgo’s tenure and another is in close proximity. 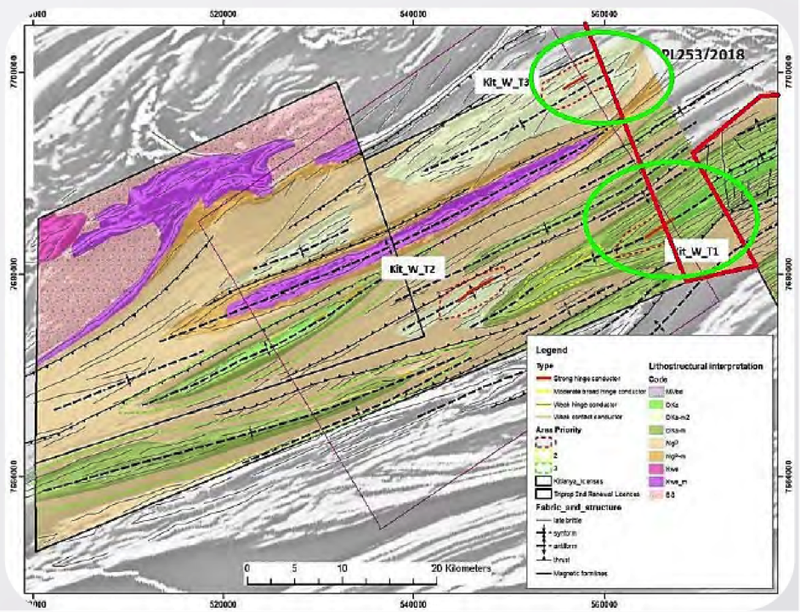 Virgo will undertake soil sampling and ground/airborne geophysics to identify targets for its maiden drilling program.

While these two areas are high priority exploration targets, Virgo will also be undertaking soil sampling and ground/airborne geophysics to identify targets for its maiden drilling program.

Virgo Resources also holds an 80% interest in the Rhinelands Copper Project in north-west Namibia, which comprises EPL5702 covering an area of approximately 185 square kilometres, about 400 kilometres to the north-west of Windhoek, the capital of Namibia.

The project is within 10 kilometres of medium voltage powerlines and is only 100 kilometres to the west from the TransNamib Railway.

Historical surface geochemistry surveys delineated several copper anomalies along the Rehderstal Fault, with two of the most prominent called Block E and Block G (see below) occurring within EPL5702. 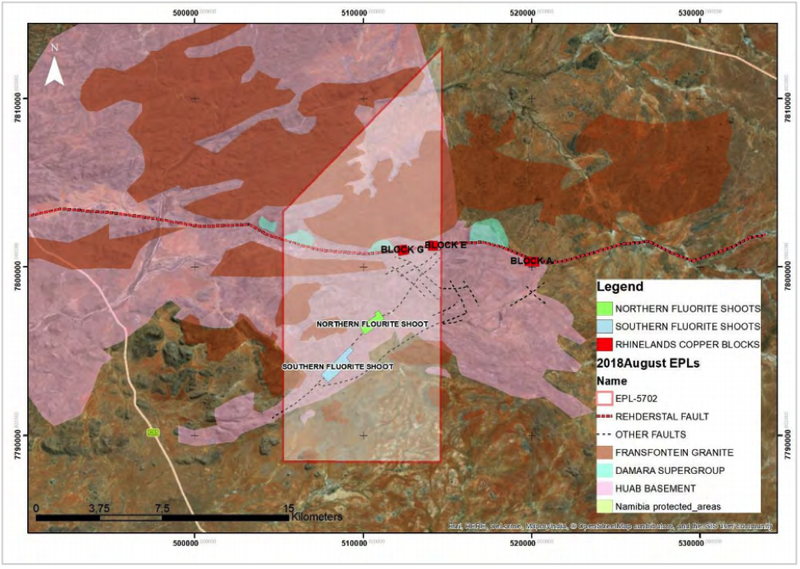 The Block E and Block G copper anomalies were then followed up with trenching that returned assay results of 8 metres at 1.7% copper and 25 metres at 0.95% copper respectively.

Following the trenching, Canadian based multinational mining group Falconbridge then completed diamond drilling which returned significant assay results from Block G including 19.3 metres at 1.53% copper and 36 g/t silver from 25 metres.

One of the most pronounced geophysical anomalies was situated on the eastern side of Block O, very close to the Block G surface copper geochemical anomaly zone.

Virgo is planning to drill 100 metres to the south to test the IP anomaly below the oxidation level at Block G.

In summary, Virgo looks to be a news driven story in the near term with the potential to consolidate share price gains should it be successful in expanding the resource base and making new discoveries.

The correlation with the likes of MOD is likely to stick, suggesting the possibility of future success in the case of exploration success in the Kalahari.

The Shares offered under this Prospectus will rank equally with the existing Shares on issue.

The offer of the securities are made in, or accompanied by, a copy of a Prospectus which is available at https://www.virgoresources.com.au/

Investors should be aware that there are risks associated with an investment in this Company.

No assurance can be given that the Company will achieve commercial viability through the exploration or development of its Projects.

A complete set of risks associated with an investment in the Company is included in Section 7 of Prospectus.